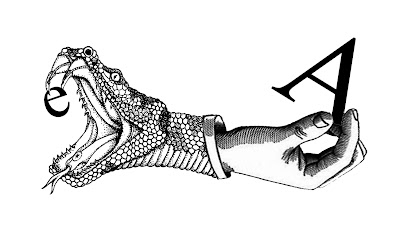 Today on his always thoughtful and informative blog, Ottawa writer rob mclennan posted some brilliant and inspiring excerpts from an article in an old issue of New writing, eds. Malcolm Bradbury and Judy Cooke (London England: Minerva, 1992) by Nigerian writer Ben Okri. I repost them here with thanks to rob for bringing them to my attention.

As it says at the back of the collection, his piece “was inspired by the deaths of three poets: Christopher Okigbo, in 1967 during the Nigerian Civil War; Michael Smith, who was stoned to death in Jamaica; and Dambudzo Marechera, in Zimbabwe. It was first read in 1988 at the P.E.N. International English Centre.” Here are two paragraphs among many that are worth repeating, worth keeping in the back of the head as a reminder during tough times.

Our lives have become narrow enough as they are. Our dreams strain to widen them, to bring to our waking consciousness the sense of greater discoveries that lie just beyond the limits of our sights. We must not force our poets to limit the world any further. That is a crime against life itself. If the poet begins to speak only of narrow things, of things that we can effortlessly digest and recognize, of things that do not disturb, frighten, stir, or annoy us, or make us restless for more, make us cry for greater justice, make us want to set sail and explore inklings murdered in our youths, if the poet sings only of our restricted angles and in restricted terms and exclusively with restricted language, then what hope is there for any of us on this or any other planet?

Those of us who want this are cowards, in flesh and in spirit. We fear heroic heights. We dread the recombining of the world, dread a greater harvest of being. We sit lazily and demand that our poets draw the horizon closer. Water bursting suddenly into multicoloured spray represents for us something vaguely frightening. We no longer recognize who we are, and have forgotten what we used to be, what states we sometimes inhabited during phases of an extended moment of awareness. It is those who are scared of reality, of their own truths, of their own histories, those who are secretly sickened by what they have become, who are alarmed by the strange mask-like faces that peer back at them from the mirrors of time, it is they who resist the poetic. They resist the poetic with all their hidden might because if they don’t, the power of words speaking in their own heads would burst open their inner doors, and all the monsters breeding within would come bounding out and crashing on the floors of their consciousness. What would hold their inner frames together then? They have to suppress the poetic, or accept it only on blurred terms, or promote its cruder imitations, for the simple reason that they have long ago begun suppressing eruptive life and all its irreconcilable shadings, its natural paradoxes.