The Book is a Horse

The book lips shudder.
The book is a horse.
Is there a rider?
Papercuts all along the cliff-side road. 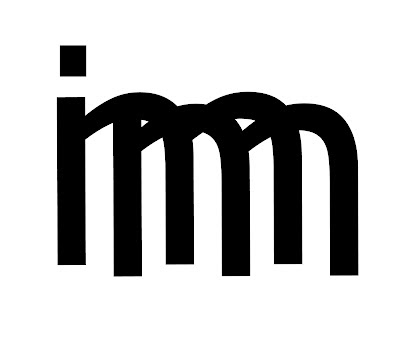 someone that I don’t know is kissing someone else

there are roots between hair and sky

the roof of the mouth is where you sing of how the moths fly
Posted by gary barwin at 12:03 AM No comments: 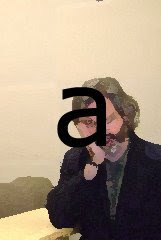 Self portrait behind A

there is something tornadoesque in the distance

stormclouds is a hairstyle

the mute sun fist slamming down

wind that blowed itself away

all that has gone falls upon itself

inside the prison give us tree

the slight lizard of the voice

gold dust on the amethyst throat

the twinkling grass
Posted by gary barwin at 5:35 PM 1 comment:

Gun Lips and the Vegetable Orchestra


The river is a gun.

The bank account sun sets inside the bullet wound,

the sister of the gun.

There are some directions where the fingers don’t point.

This feeling: landing and breathing.


Gravity is thinking about the mountain,

its handful of shadows.

A friend of ours was telling us about an information session that she attended about guns. She described seeing working cellphones that double as guns, little pink guns, Hello Kitty guns, tiny guns that held one or two bullets and other iPod-like miniaturized and cute horrors. Someone could go into a club and be searched. Security would see their working cellphone, having no idea that it contained a functional gun.

And, to end on something a bit less bleak, here's The Vegetable Orchestra. I heard of concert where they end by boiling up their instruments and making a soup of them with which they feed the audience.

My Suited Son's Sunflower Sutra; or How(l) Allen Ginsberg is my son

My son, Ryan, created this fantastic short film realization of Ginsberg's "Sunflower Sutra." He also wrote and performed the music and appears as the bearded Allen Ginsberg. A friend of his is Kerouac.

In order to film it, he went to a number of extraordinary, otherworldly locations in Hamilton, where we live. The north-east side of the city (by the lake) is dominated by steel factories, but also amazing piles of scrap metal, fields of bricks, 1950s futuristic industrial tanks, pipes, and their combinations. Many sea-green buildings. Cover-all covered unshaven cigarette smoking hard-hat-wearing husky-voiced security guards, some of whom asked him to leave. He also found a number of train-related locations. There are some major routes, both intercity and industrial that cross the city.

This industrial view of Hamilton is what the city is famous for. What doesn't appear, is all the woodlands, waterfalls, and fields which are equally present. I'm amazed that, though I lived here for 18 years, I'd never been deep into the "dark satanic mills" territory. It held a strange and awesome beauty and seemed like another culture within my city. It was like I'd discovered a metal Mayan civilization just across the road.

Ryan has created a great little film. It'll be appearing in the annual Westmount Secondary School Film Festival on May 29th.

In other news, that piece about David W. McFadden, Hamilton, and the Griffin Prize that I sent to the Hamilton Spectator and whined about how they didn't publish it, was published in yesterday's paper. This is the second Saturday in a row that they've published something about this important book. The squeaky writer (me) gets the print oil.
Posted by gary barwin at 12:46 PM 2 comments: 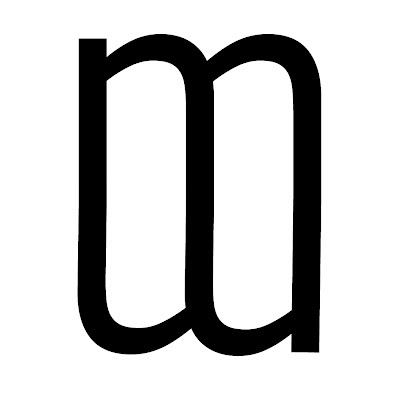 I don’t know that I believe in divisions between things. Between physical objects. Between people. The separations between things are, in some ways, working fictions. Yes, there are different ‘zones’, but I have this notion of everything being part of this huge protoplasmic unity. From galaxies to the insides of dogs and the undersides of sweatsocks. Do we really need cell walls? Don’t things morph into one another, if only eventually? The same is true of concepts and abstracts. One person’s unibrow is another’s mantra. Someone’s pain is my pain, though the self creates reasons to keep it at a distance. I want my writing to reflect the fundamental unipanrhizomatubiquity between/of things.

I often walk in the woods around Hamilton. There are surprisingly many trails, waterfalls, forests, cliffs, winding paths. I love wandering, not knowing where I’m going. When I walk on a trail system and accidentally discover how it is connected to another system, I’m a bit disappointed. Some of the mystery, the potential, is gone. Things seem a bit smaller, both conceptually, and physically. The possibility for association, for resonance, for imagination, is reduced. I want to discover a thousand thousand microcultures, microworlds. I don’t want to believe in base ten. I want to believe in base infinity. I like the opportunity to be a flaneur through a non-repeating labyrinth.

All connections are pataphysical. All categories. Even the number two is one.

(I wrote this as a statement about my books Outside the Hat and Raising Eyebrows. I have to consider whether this still entirely holds true for my current thinking. Stay tuned. Always stay tuned.)
Posted by gary barwin at 9:12 PM No comments:

Inside the Out Breath: for Aram Saroyan

Margaret Christakos runs a fantastic course through continuing ed at University of Toronto called Influency. She invites eight poets to read and lecture. Each poet gives a half hour reading and is invited to give a talk about the work of one of the other poets. Margaret tends to match up poets with work that is outside of their usual concerns to create a bit of a frisson. The students read a particular book (or books) of each poet. This book forms the heart of the lecture by lecturing poet. Margaret begins each session with a talk looking backwards and forwards at the works, bringing up other related issues, and generally creating a broad conceptual framework in which the discussion takes place.

This is the fourth year that this course has been running and I was invited to participate and speak about Rachel Zolf's Human Resources and her new chapbook Shoot and Weep. Zolf is a fascinating, challenging, musical, and just plain engaging writer, so I was happy to have the opportunity to examine her work more closely. Allan Briesmaster is going to be speaking on my work, and specifically, my book Raising Eyebrows on May 28th.

I thought I'd post the text of my talk here which I gave on May 7th.

Barwin on Zolf talk at Influency
Posted by gary barwin at 11:56 AM No comments: 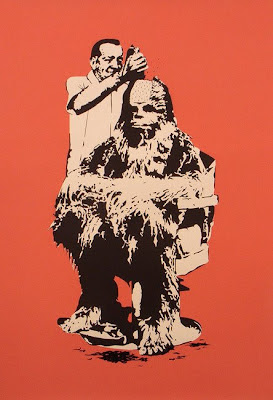 HELP ME TAKE THIS MASK OFF: Some sort of secondary title involving Star Wars, Canadian Literature and the 21st Century

Firstly, don't write me back saying "is this for real." We all know Canadian publishing is faker than wrestling, so of course this is real. I am always serious.

I am seeking poems, short short stories / awful spoken word pieces / short essays on star wars, it's impact, lack of impact, satire, etc., cultural works (short pieces) for an anthology i want to publish somehow. i really want it to be Canadian as well. if you think you'd like to be involved, let me know how and I'll reserve room for you on the death star. this will likely be either a chapbook or if some foolish small press out there wants to publish it, but yeah, something fun, funny, witty, intelligent, etc, that would be fine. email NGM (Nathaniel G. Moore) at bowlbrawl@gmail.com for full details.

I was playing around with some ideas for this, and wrote this draft of something. What I'd really like to address is performing the Theme to Star Wars with my Grade 6/7 Band, which I did at 8:30 am on Thursday morning.

I fell in love with Princess Leia because

the atoms of things are not themselves hot

Which makes me look fatter: space or time?

Star Wars is not about hair styles

or sadness after the story ends

sing, Dark Matter, of what is between things

or not there at all

I used light to fight

and was not washed toward endlessness

the blort & blip in the empire of others

the story is over and

I’d have given a handful of universes to save you