I have just returned from a month long holiday with my family in Ireland, Italy, and England. Here are a few snaps of our trip which was remarkable. Of course, the pictures never capture the lived experience. 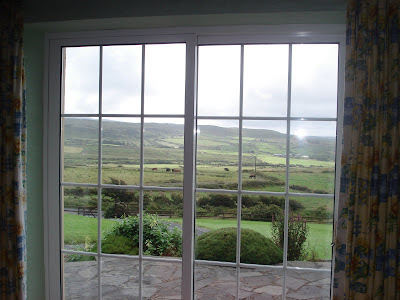 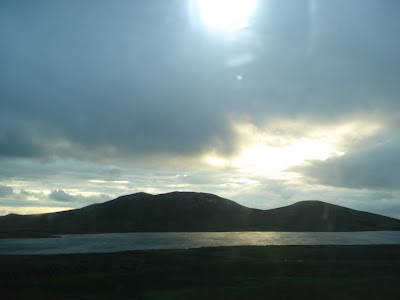 In the Mountains of Mourne, Northern Ireland. 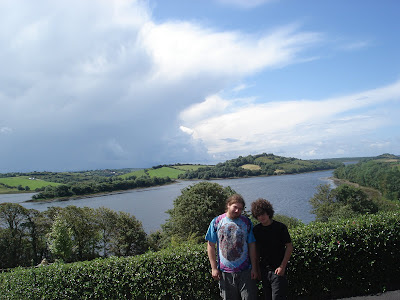 View from our B & B near Donegal Town, Co. Donegal, Ireland. 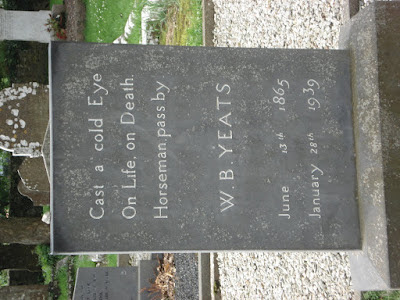 Yeats' grave (He's actually not buried on his side.) 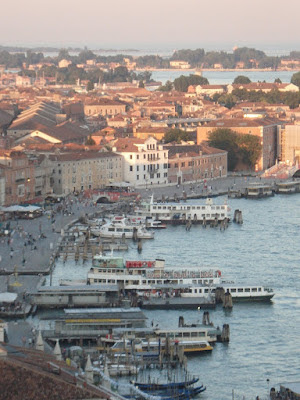 The Grand Canal outside St. Mark's square in Venice taken from up the Campanile 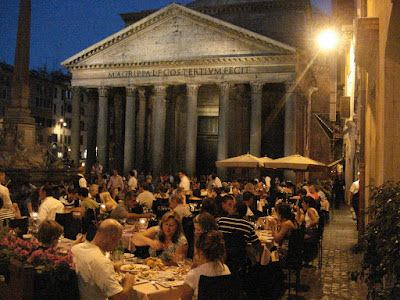 Cafes in the square outside the Pantheon in Rome. 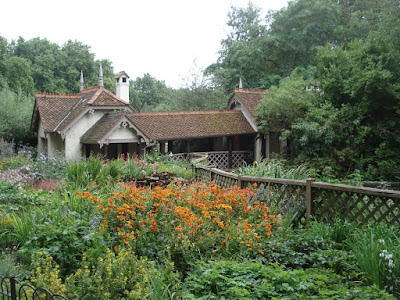 A cottage in St. James' Park in London. 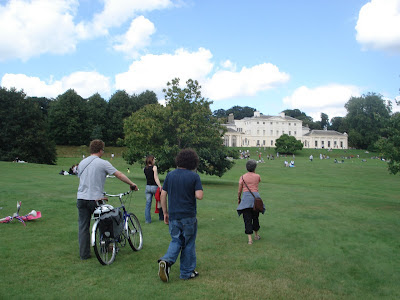 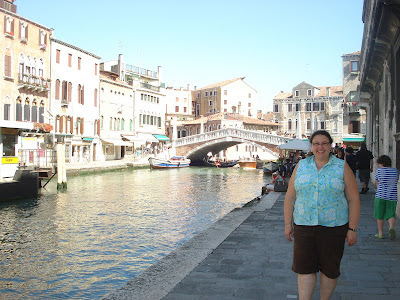 My wife standing in the canal in front of our hotel. 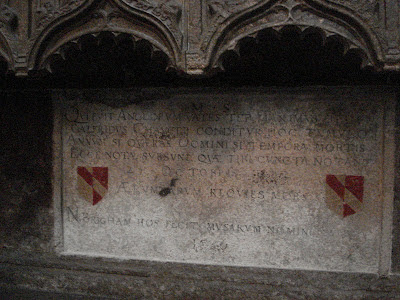 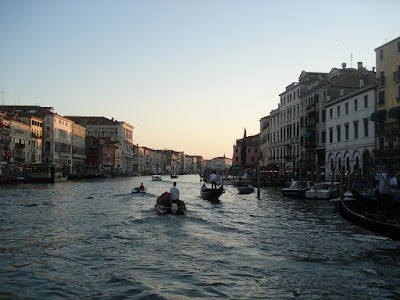 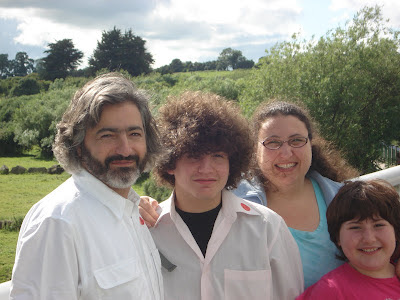 All of my family (except Ryan) in the fields around New Grange neolithic burial mound a little bit north of Dublin. This was after I totalled the rental car by misshifting the standard gear ("You've bent the engine, sir,") 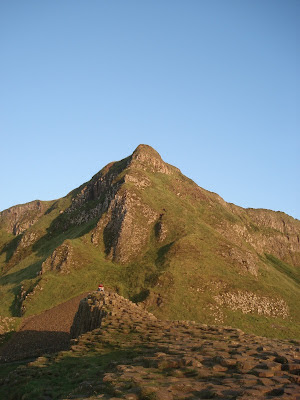 My eldest son, Ryan, writing in his journal on top of the incredible Giant's Causeway at the top of Northern Ireland. 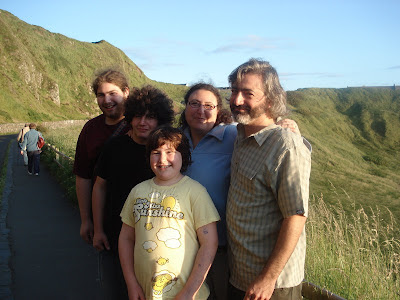 The Barwin's get their picture taken by a very enthusiastic American while walking down to the Causeway. 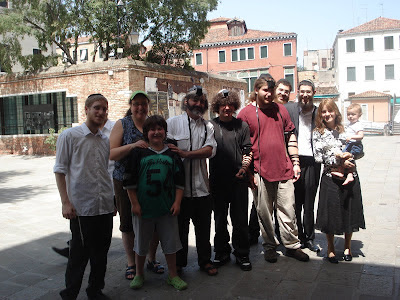 My sons and I wearing tefillim, my wife, daughter, and assorted Jews in the Jewish Ghetto in Venice. We were jumped by some really nice Orthodox Jews who invited us to wear these phyllacteries. Afterwards, we had vodka. Actually it was quite moving to do this in the ghetto.

We visited with friends and family, saw a ton of galleries, museums, ancient Irish and Roman monuments, tombs, churches, bookstores, cafes, and heard much music. I'll report more as the dust settles.