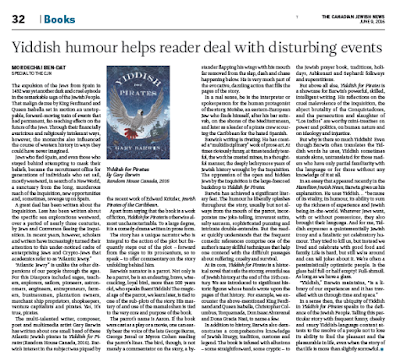 Posted by gary barwin at 4:22 AM No comments:

Welcome to Hamilton: a fundraiser for Syrian refugess 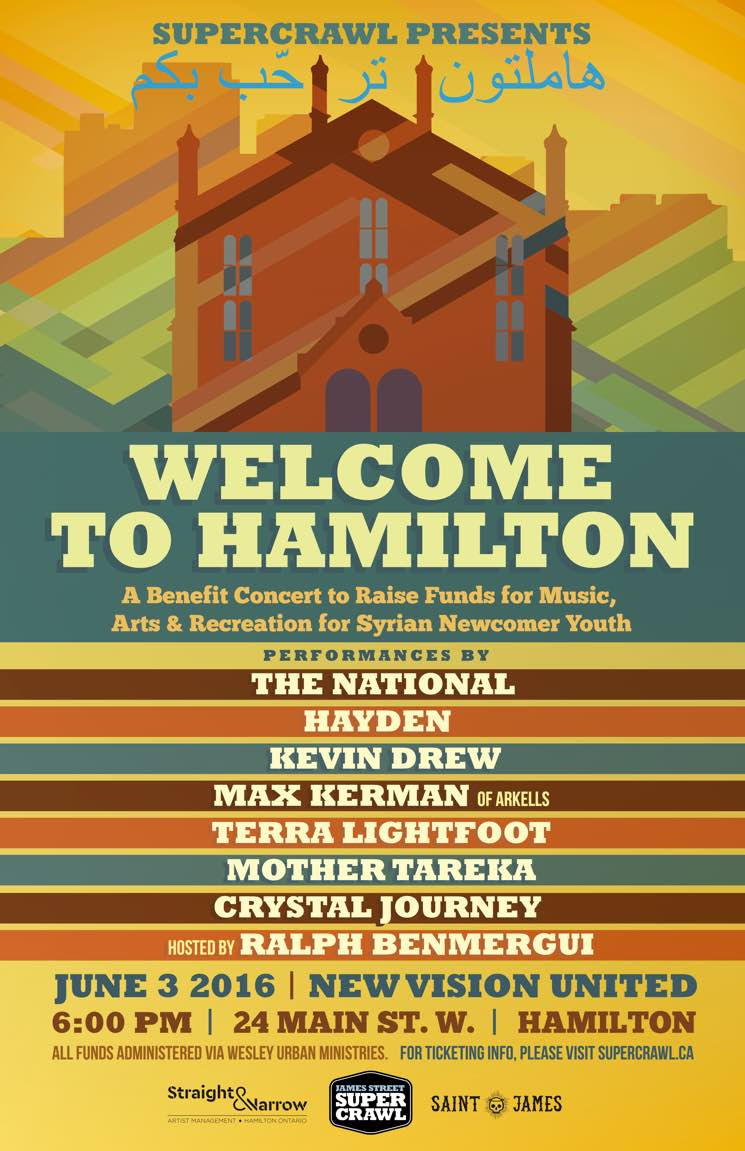 Last night, I was really happy to get to perform at the Welcome to Hamilton event raising money for arts programs for Syrian refugees staged by Supercrawl and hosted by Ralph Benmergui. There were 800 people at Hamilton’s New Vision church (a really beautiful setting) and a brilliant array of fantastic bands and performers. including The National, Hayden, Terra Lightfoot, Max Kerman from The Arkells, Kevin Drew from Broken Social Scene. All the performances were knockouts and it was a complete love-in for the audience. A lovely positive vibe.

I was one of four writers who read at the event. John Terpstra, Steven Brunt, and Sally Cooper also read. I was really so grateful to be invited and so glad that writers were included.  And apparently, over $50,000 were raised. So it was a good thing, yes?

Of course. But much as it was great, I was concerned that the audience was almost entirely white. Except for Mother Tareka, a local performer of Syrian-descent, the performers were white (and almost entirely male.) I feel that it would have been important to include a greater range of backgrounds, to “decolonize” the event. I would have liked some more people of colour and some indigenous people represented in the performing line-up which might have then attracted a greater range of people in the audience. I know that the opportunity to present The National came up and so a show was built around them and their audience—and both were fantastic. The audience was incredibly warm, attentive, and appreciative of everyone—we writers as well as the phenomenal performers and host Ralph Benmergui.

I was concerned that the event had a bit of a white liberal middle class “saviourist” feel to it. Us, privileged white people helping these poor Syrians. A one-way street. Ralph Benmergui did make the point, which I greatly appreciated, that Syria is an extremely old culture, vibrant and rich in culture. However, I would have like a greater sense of this being a relation among cultural equals (even if not equal in terms of ecomomic and physical safety—refugees are, after all, coming here because the situation is better in Canada at the moment.) Perhaps some Syrian writers. Or a refugee or immigrant (sure, I’m an immigrant, but I’m thinking one who arrived with less implicit privilege) or a representative from a Syrian organization in Hamilton/Ontario/Canada. Some people to speak to the experience of being a non-white person in Canada. The audience was so welcoming, I think they'd have been open to hearing about this kind of experience, to learning about things outside their experience.

I do love that the money was being raised for music, arts and recreation for refugee youth, acknowledging that refugees need access to the full range of things that we all need, which means not only socks and tins of beans.

I was thinking about reading from my new novel, Yiddish for Pirates, but then I realized that perhaps a book about Jews on boats might not be the most appropriate thing in this context, so I sat down to write something. The organizers had asked for something affirming, open-hearted, something perhaps about Hamilton. I thought about the idea that the refugees (as immigrants and refugees always have) bring something valuable to our community. Their experiences, culture, whatever they are as humans and the potential they and their children bring to this new place. It isn’t a one way street. They get a new place to live, but that means that we do, too.

Poem for Welcome to Hamilton.

we have counted each river
each ocean
each boat and plane

we have flown for days, we say
your arms must be tired, they say
yes, we say, and before we left
we couldn’t play the violin

and now? they ask
we still can’t play the violin
but we are here

we have counted each breakfast
each lunch
each pair of pants

we have counted each road
each airport
each train

each shoe and each video game
each bike
and each plate

each brother
sister
each father and son

each mother
daughter
each grandmother and lover

each grandfather
cousin
each husband and wife

we have counted each city
each town
and each road

we have counted each border
each new country
each new promise, each old regret

we have counted each of these months
waiting
imagining each other

On my way walking home from the benefit, cutting through the McNab Street transit block, I ran into three young people who I had taught as part of the ArtForms arts education for street-involved youth. Mostly recently, I'd seen them at  creative writing workshops at Notre Dame House, a shelter for homeless youth. One of the youth—I'd first met him before he had begun transitioning—had been at the show (he worked with the church), the other had set up in front to sell his artwork—paintings and buttons. Yeah. Three young toughs at large in the street in Hamilton. What did they want to talk about. Art and poetry. Yeah. Arts education. Part of a complete breakfast. Always.
Posted by gary barwin at 12:36 PM No comments:

A song based on Yiddish for Pirates