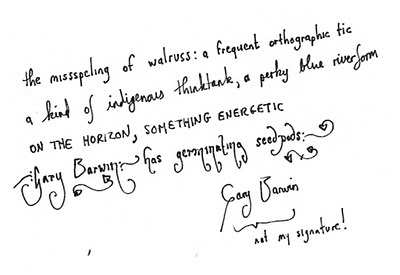 There are those who feel at home in several languages. Language-wise, I’m always in a hotel, or just across the road from it.

I speak solely English and can add but a light sputtering of other languages. Is there was such a thing as a mother hand, that is, a writing script in which one feels at home, a script in which one writes fluently as opposed to an experience of writing words which is more like drawing them?

I did learn to read Hebrew and to write its script, though I know only little of what it actually means, but what I am referring to here is a variety of styles of writing Roman letters.

Though I can produce many written ‘fonts’, there are a few styles of letterforms that seem natural to me, scripts which I learned early and which continue to form a natural and ongoing part of my writing life. These in addition to the script I employ in my signature.

If I were a computer, I might cite Arial, Times New Roman, or Courier. Instead, I have a style of cursive, and three styles of printing: all caps, upper and lower case printing, and an ornate style that I developed when I was about 12.

Certainly my styles were influenced by observing scripts around me and adopting some of their elements.

My ‘th’ ligature was learned from a middle school science teacher. The G and the B in my signature were adapted from my father’s (and somewhat from my mother’s) signature. Something about the shape of their letters appealed to me and so I took then on board my orthographic canoe. I use these forms of the letter as a specialized kind of display font, mostly when writing my name, but occasionally in writing uppercase G and B. (For security, I haven't posted an image of my signature. I would hate the $4.53 in my bank account to be emptied by an unscrupulous reader of my blog.)

I grew up in Northern Ireland and I remember, when I came to Canada, a principal looking at my script and noting it’s British provenance. I suppose it was more spidery, less plump and round than the standard North American school script.

When I studied with bpNichol in my first years of university, I learned to love his style of lowercase printing as it appeared on my work for class as well as in his work. This was an influence on my writing.

I taught myself to write an ornate, swirly curly script after reading a book on heraldry when I was twelve. The actual style in the book was somewhere between Irish Uncial and Italic, but I adapted it and added its little leafy swirlycues to my repertoire.

I tried to adopt an Irish lowercase ‘g’ sometime in my teens upon observing a friend of my father’s who came from the south of Ireland. It was an affectation for a while, like wearing a cravat which, I confess, I also did for a painful year in my teens.

It is true that, as a teenager, I wanted my writing to say something about me, to make an aesthetic statement, to be an interesting feature about me. This gave way to my current fascination with typography, lettering, orthography, and visual poetry.

I wonder how many writing forms most people would consider their mother script, or at least a script in which they feel at home? I’m interested whether people’s writing remains stable or if they are aware of it changing over time as those who must sign many documents find their signature evolving through repetition and exhaustion. For me, my writing, while remaining stable for the most part, is not so fluent; this causes me to examine it, making conscious decisions as I write as to which form to use, how to connect letters, and even how to shape individual letters. Writing remains a form of discovery, a wavering line wandering onto the page, an alphabetic artery coursing with orthographic blood.
Posted by gary barwin at 8:31 PM 4 comments:

Posted by gary barwin at 5:17 PM No comments: 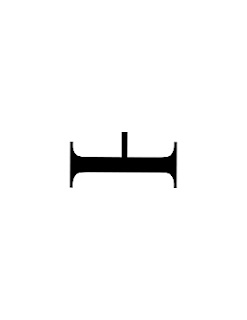 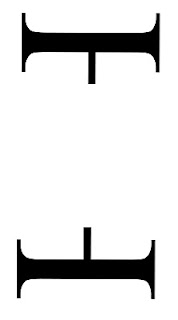 The swatter comes down
whistling and bejeweled
over my multifaceted brain

My opposable thumbs attempt
To hitch a ride away

O dimensions apprehendible!
O half-eaten sandwich!
Let me be a Picasso of escape in the world’s dark
canvas 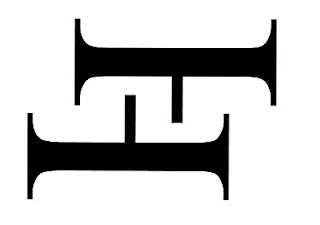 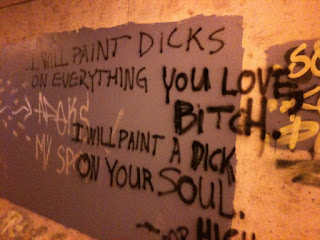 GRAFITTI FROM THE HWY 6 UNDERPASS TO THE BRUCE TRAIL 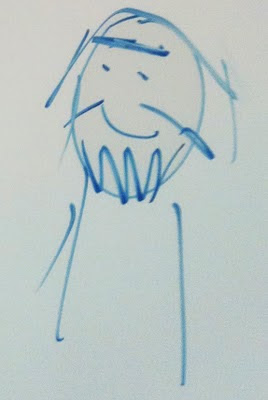 PICTURE OF ME DRAWN BY A STUDENT ON THE WHITEBOARD


I've decided to leave my teaching job at the end of this term (March 5) in order to take some time to write, and I've been thinking a lot about the concept of kindness which is an important part of my educational philosophy. I wrote a few thoughts as comments response to Jennifer Hill's post on her blog listing the number of times a thought occurred to her in a year, including kindness.

I've been thinking more about the notion of Quantum Kindness that I proposed.

Quantum kindness: an act of kindness always appears more than one place at once, and is often changed by how it is observed. Frequently kindness "cannot be explained by either timelike causality or common cause."

Our culture views kindness as weakness, as passive. I think of all the strength many traditions glean from compassion.

Kindness? It's non-violent resistance against the dark but it's also just a kind of everyday breathing.
Posted by gary barwin at 7:26 AM 3 comments: