I am a cow. I am two years old. I am one of many being transported through Toronto. However, there is an accident and the truck overturns. Some are confused, suffering shock and head injuries and these cows begin to wander the road and its shoulders. The rest of us make for the neighbourhoods. We climb fences. We take exit ramps. We walk the crescents and courts of the subdivisions. We recognize as our other the minivans in the driveways, the tent trailers by the side of the houses. We step past the rolled up newspapers and the discount store fliers. We see the sweet and pleasant grass sticking through the melting snow of the lawn, and this we eat or consider. They are told to stay away from the windows so that we aren’t spooked. Don’t tell us about Tibet either. The non-violent self is a cow wandering from an overturned truck on the highway into a neighbourhood backyard. They do not allow the journalists in. Let me say that our udders are painful, filling with milk. There will be a white flood, filling the swimming pools, soaking the basement rec rooms, their entertainment centres and their trophies. We make calls on our cellphones, recording everything. Some look at the moon and see the face of a cow. We are not alone.

More about this here here, and here.
Posted by gary barwin at 1:20 PM No comments: 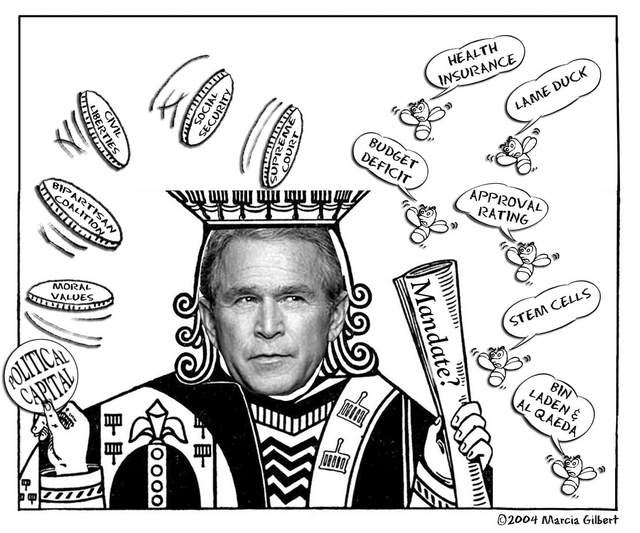 Here are three different pieces, all stemming from the phrase "The Smoke of Kings." The last two are translations from imaginary parables that came out of my parable translation project with Hugh Thomas.

THE SMOKE OF KINGS


burn the tree but spare
the leaves

find a scar
then make a king around it

turn the television to
the channel for knives

divide things up so small that
even the dogs are invisible

I have seen it, the smoke of kings, rising from the throne. we’d thought the kings would remain solid, and not become shadow as the soldiers whisper on the battlements, “over there in the hills, the army that marches to replace us with fire.”

I have seen it: the smoke of kings, rising into the sky. For each king is a train steaming toward us, who are bound to the tracks.

In the club car, pictures of other kings on the cards, their smooth one eyed faces, steadfast, laconic, white.

There’s a bridge across a river, a village on the other shore. The train goes into the temple. Like many, it does not attend to pray but to witness, the plume rising from its chimney, a shawl of smoke.
Posted by gary barwin at 10:08 AM No comments:

it is a damaged bird
not able to fly

the people of this world
my window is broken

perhaps now someone will throw
a country in

or the frail body of
his brother
Posted by gary barwin at 10:56 AM 1 comment:

The Alphabet of Home

This beautiful site about the Armenian alphabet is fascinating, beguilingly inscrutable and mysterious for a non-Armenian. If you click on each letter or number it opens up a page about that letter -- an intriguing graphic representation of the letter made out of birds, animals, flowers or other designs. On that page you can click on the individual letter or words made out of that letter and hear it pronounced. There's also Armenian music, other information, and even links to games. (I mentioned a link to a great site about orthography and writing systems, as well as more about Armenian, here.in this post about Choreographies of the Readable.)

To me, as an English speaker, each letter of the Armenian alphabet is like my own alphabet -- the Roman alphabet-- seen as a reflection in a window, turned upside down, or seen like a shadow in the periphery of one's vision. It seems that if I were just to refocus and concentrate, perhaps turn the page upside, read it in a mirror or backwards through the light of a window, I should be able to read it. It reminds me of this little paragraph demonstrating how our minds make sense of texts, assembling them the way we assemble elements to form and read faces.

I said 'my own alphabet.' I don't know if I've ever identified it like that. My alphabet. The way I might say 'My country.' And indeed, on Monday, returning from a trip to Honduras, stepping over the red line at customs in Toronto airport, I had, as I always have, a strong sense of coming home, a kind of comfort and security in returning to Canada, the way I might feel climbing into my bed at night. There are alphabets that I love, that I enjoy visiting and exploring, that I have strong memories and associations of (for example the Cyrillic alphabet, the Hebrew alphabet) but 'my alphabet' is home.


View Larger Map
Posted by gary barwin at 10:15 AM No comments: 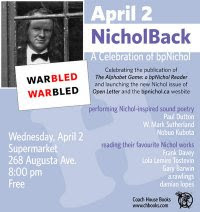 With an introduction of Alphabet Game co-editor Lori Emerson is split into two rounds of performances.

Four Horsemen member Paul Dutton leads off the evening with a short work from bpNichol, then he and fellow acclaimed sound poets W. Mark Sutherland and Nobuo Kubota perform new sound collaborations inspired by the work of bpNichol.

Posted by gary barwin at 7:05 PM No comments:

This is what language can do 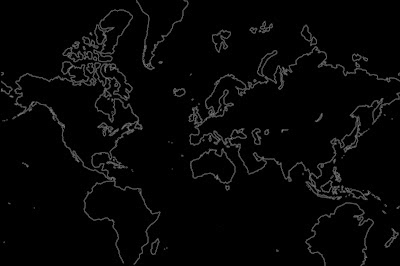 Six word texts, including one of mine.

Off to Honduras for a week. I hope to not have access to a computer!

(The image is from a blog about Vonnegut, but the link seems to have expired.)

If you type in "Kafka safety helmet" this blog is first on Google. And...it seems from my counter, that people actually do. I was discussing the fact that "A little-known fact about this period, is that Kafka invented the safety helmet. He received a medal for this invention in 1912 because it reduced Bohemian steel mill deaths."

I'm told that Kafka's insurance company reports that he wrote at work, resemble his parables. There's something very right about that, I think.

It is a parable.

A yarmulke for the factory of a careless god.