Cento from a student in The Urban Arts Initiative 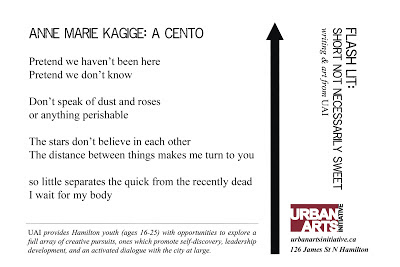 I run a creative writing workshop at the Urban Arts Initiative in downtown Hamilton. This session we are working on a project to create postcards which will be distributed all over Hamilton. They will create a visual image to go on the other side.

Recently, I brought in a stack of poetry books donated by Brick Books. Before they chose which one they got to keep, I wanted them to explore the various poets. So, I had them write centos--they would look through the books and choose lines that spoke to them and then assemble the lines into their own poems. Or they could choose lines at random (every page 12, line 7, for example).

In this way they had took ownership of their reading, looking and reading through a broad selection of poets that Brick publishes. They would think about how the lines worked by themselves and in poems. They all were happy to be able to take a book home with them. They thought carefully about which book was the one for them. They all found something that excited them. I was thrilled at the work that they created.

The above poem is an especially fantastic creation. The student used a variety of lines from the Brick Books published, but also worked in a paraphrase of a line in a poem by W.S. Merwin which I had read to the students earlier.
Posted by gary barwin at 5:46 PM No comments:

What kind of [sic] sense is that? On Amanda Earl and the synaesthesia of reading 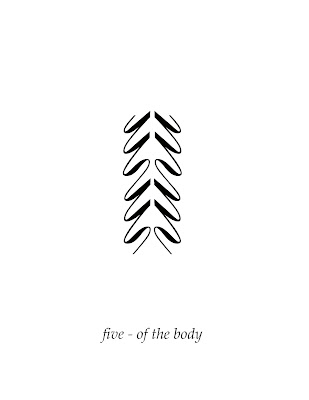 Johannes Gutenberg: There’s a source of light. Is it our reading?

My Jacket2 commentary on the visual work of Amanda Earl is here.
Posted by gary barwin at 9:19 AM 1 comment: 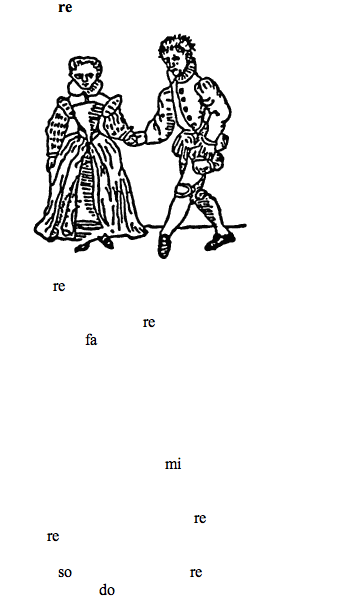 I've been intrigued by the new erasure software/site The Deletionist which enable you to go to any webpage and then create erasure texts out of it. Whether it's Facebook, or Project Gutenberg books, or strange wordlists, The Deletionist 'deletes' according to some fixed algorithm derived in some way from the features of the page. The images that are in this blog post are erasures from a set of four of my poems from my old book, Outside the Hat which Coach House Books published as a "fetish object formally known as book," but also as an online book in 1998. It has audio on the site and some simple animation. Way cool for 1998. But The Deletionist turned these 'Foure Daunces' into solfege songs -- do re mi fa so la tionist erasures which strangely go with the dancing images extracted from a 15th dance manual.

The Deletionist was created by Amaranth Borsuk, Jesper Juul and Nick Montfort. It can be downloaded at The Deletionist.com where there is also more information about it and how it works. 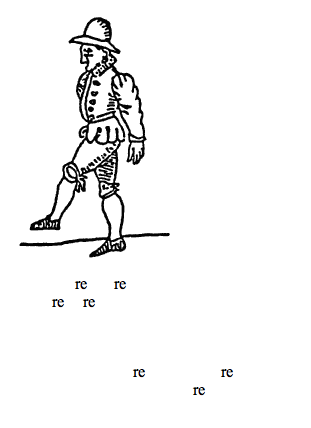 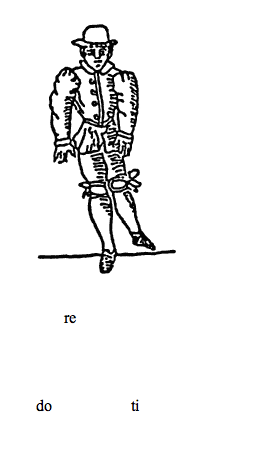 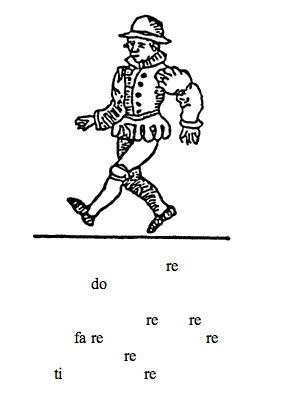 Posted by gary barwin at 8:10 PM No comments:

I anthrax the HAZMAT of your heart: Situation Awareness & Writing with Street-involved Youth 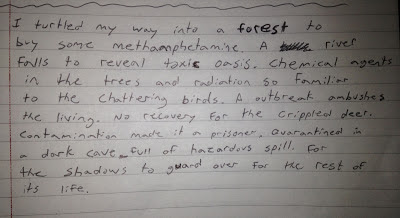 Today, I led another creative workshop for Urban Arts Initiative. We did a number of writing activities including taking the Key Words & Search Terms list from the US Department of Homeland Security's NOC that they use to monitor social media sites.

I saw this list a while ago and immediately thought of writing a poem using the terms. Of course, Tom Raworth beat me to it. His poem is reprinted on Harriet, the Poetry Foundation's website.
I printed out the list and invited the class to make poems or 'texts' using the word list. I read a little of Raworth's poem. I encouraged some students to write love poems and talked about the various ways relationships and love have used metaphors. (A 'toxic' relationship, 'burning' with love) and how Shakespeare used 'death' for sex. Many students had great lines:
"I anthrax the HAZMAT of your heart"
I suggested that some others do a kind of N+7 substitution of another text, replacing all verbs and nouns with terms from the Key Words list. One student who did the word substitution of a cento that he had created using text from Jonathan Ball's Clockfire, plus lines from Russell Edson, Charles Simic, and a Time/Life book about Ireland. I suggested that he then replace every other noun with a 'nature' word. He created the above-pictured text and was thrilled. As was I. His text is filled with verbal vitality, a dystopian tale of strange metaphoria.

Posted by gary barwin at 3:37 PM No comments: 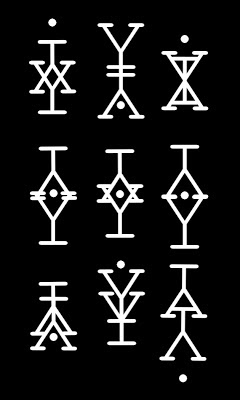 My post on Jacket2.org on the work of Stephen Nelson.
Posted by gary barwin at 10:38 PM No comments: 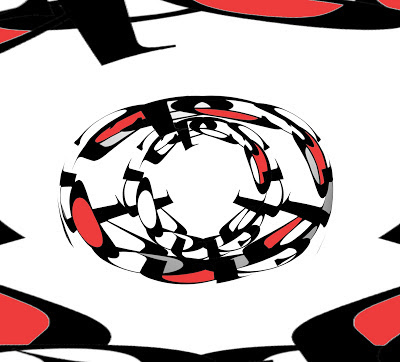 How much can you tweak English before it malfunctions? 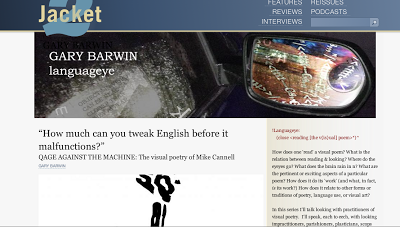 You can find that post here.  I get all political and write how how Cannell's work investigates how language can be complicit in the expression of a capitalist system.

I've recently written about Christian Bok, Dan Waber, Erica Baum, a. rawlings, John M. Bennett, derek beaulieu. I've many more posts to come about a great variety of writers. I'm looking forward to seeing where the series goes as I attempt to further investigation the motivation, context, and reading of visual poetry. If you any comment or ideas, please drop me a line.