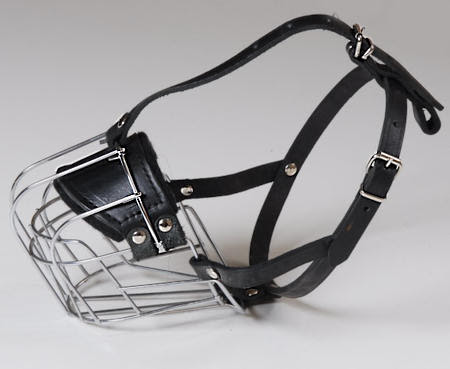 Vent had bought a muzzle. It was a silver shopping cart, wheeless and shrunken, stuck onto the dog’s snout, some kind of mask or codpiece for a canine hockey goalie. It was a cage from from Silence of the Lambs except that the dog’s pink tongue turning and twisting in an attempt to retrieve a treat pushed into the grille, made it look like a slug circus, wet but comic. The dog was quite gentle really, sensitive and loving to the humans around it. Quiet and observant, it followed Vent in silence around the house. Slept under his desk, lay beside the bath when he got in it, sat before him as he was on the toilet. In many ways, it shared a similar life to Vent, except Vent wouldn’t consider curling up beside his family, receiving ‘kisses’, vigourous rubs behind the ears, and shared secrets from the children. The dog only dissolved into wildness and barking when it lost its mind upon the approach of another dog. In its frenzy to greet, dominate, lick, mate with, wrestle, or escape from another dog, it tended to turn around and bite whomever (usually Vent) and whatever (usually his legs) was near. But now, the dog had dug its teeth into his legs for the last time. It would wear the muzzle whenever it left the house.

After a few times, the dog got used to the muzzle and stopped trying to push it off with its paws or by rubbing against the ground. In fact, when Vent took it down from the coat hook, the dog became excited, associating it, as it did the plastic poop & scoop bag, Vent’s boots, and the leash, with the midnight walks they went on, Vent’s wife and kids asleep, folding laundry, preparing for work, or talking on Facebook to their friends. Sleep had been difficult for Vent. A few months previously, he’d been diagnosed with a bad case of sleep apnea. According to the doctors, he hadn’t had a proper night’s sleep for years (and according to his wife, due to his snoring, either had she.) But recently, the problem had increased. He hadn’t, the doctors said, been going into REM sleep at all. The brain needed this time to reorganize the papers on its mental desk. Vent had been having moments of mini-REM sleep, half-awake hallucinations, throughout the day. Shadows became people, rustling became voices; Vent recalled entire emails that he imagined that he’d written but hadn’t. He’d slept with a CPAP machine – a mask attached to a special pump which gently pushed air into him, like a infinitely patient robot performing CPR throughout the night. And two weeks ago, he’d had a uvulapalatopharyngoplasty (the word itself a throat-choker) which was basically a Roto-rootering out of all of the soft tissue from his mouth to his lungs, anything that might have been impeding his breathing as he slept. How much of ourselves don’t we need? he wondered. What else could they have thrown over the edge of the operating table as unwanted ballast?

It was 12:30 and Vent and the dog were walking across the soccer fields by the highway, a strong wind making the April night cool. The almost full moon shone off the dog’s white fur. The dog in relation to the moon as the moon to the sun. The pale light almost a moonglow off the dog, and the muzzle glinting silver over the dark green grass. Hundreds of years ago, Vent mused, his hallucinations would have made him a visionary or a madman, dreaming while awake, seeing visions from shadows, specters in the moonlight, ghosts at midday. Hundreds of years ago, he’d not have been mildly walking through the night holding a blue plastic leash and a plastic shopping bag to pick up after his dog. When was the first time someone walked a dog on a leash, he wondered? When was the first time someone had a uvulapalatopharyngoplasty? When was the first time someone had their dog’s teeth cleaned professionally?

There were train tracks at end of the field, and on the other side of them, a remote part of the old city graveyard below the hill. The wire fence in front of the tracks was cut open and bent back to form a gate. Vent went through and crossed the tracks and into the field of gravestones, some bent forward, some back, some fallen over. An orthodontist would feel the excitation of a big job to be done here. And imagine a second set of permanent gravestones pushing up, pushing out the baby stones. Of course, everyone thought of gravestones as teeth. The empty grave like the hole left by an extracted molar, worried by the tongue until it healed. Vent could feel his throat healing, the scarring over the sensitive tissue inaccessible, his throat something like an empty grave. It’d taken about a week before he could eat regular foods, before his diet of ice cream, smoothies, and soups could expand once again to include solids.

There was a bench by a twisted tree and Vent sat down with the dog. It twitched a bit, hearing something on the wind, the muzzle lit by the canteloupe-coloured light of the streetlamp. What would it feel like to wear the muzzle? Would it feel like a football facemask or the helm of a knight? he wondered. On impulse, he undid the leather straps and fitted them over his ears, the muzzle hanging heavy from his nose and chin. The dog looked at him quizzically, wondering how this new communication fit into the idea of walk. Vent felt the raw hollowness of his throat, felt the straps pulling at his ears, adjusted the strap that attached over the middle of his head. He took the dog’s collar off and put it around his neck. He attached the leash and held it out for the dog. The dog took it in its mouth and began walking. Vent followed, bending down to keep the leash slack. They went down a winding path which led around some pine trees and past a storage shed. There was a mausoleum in grainy lichen-covered marble. The wind sighed over the trees at the top of the hill. Vent and the dog walked. The full clouds were a vivid chiaroscuro as the moon passed between them. There was the sound of a firetruck, its sirens keening, its horn braying. The dog stopped at a stone marker. It seemed very old and indicated the particular section of the graveyard. The dog lifted its leg and began to urinate, an impossibly long and steady stream dribbling down the side of the marker and forming a small pool at its base, with rivulets running out of it. Vent shifted uphill somewhat to avoid the runoff. Then Vent and the dog proceeded.

Vent had two children. A boy of sixteen and a girl of twelve. Just this morning, the girl, Leena, had had her first period and had gone running to his wife with the news. She was excited to have arrived at this important moment in her life, one that she’d been waiting for, talking to her mother about, studying and giggling through in health class. His son, Vincent, had his own world of skateboarding, friends bucking the system by wearing oversized and overbranded skateboard themed clothing. Vent had a close, if not especially talkative, relationship with his children. The same, in fact, could be said about his relations with his wife. Close but not especially communicative. Warm but a life in parallel, never quite penetrating the most profound, the most fundamental mammalian depths.

It was now about 1:30 and the dog had lead Vent through the newer parts of graveyard. The gravestones were smoother, the writing more precise. Some had chosen a more modern approach: a large cube balanced, as if for eternity, on one of its vertices, gravestones in the shape of parallelograms with stylish sans serif inscriptions, shiny black marble with grey lettering and embedded blue glass.
What if I never trade back places with the dog? Vent wondered. Would they notice? Would mine be a life of affection, emotion, and empathy? Would greetings given and received, waiting, expectation, and simple body heat seep like honey through my brain like a honeycomb?

They had left the graveyard and were walking back over the high-level bridge and past the former Governor-General’s house and the small hotel where Vent had once, as a student, attended an information session about becoming a encyclopedia salesperson. It was a tremendous opportunity for a bright and energetic person to share learning with others door to door. They were walking toward the plaza just past the gas station and the highway entrance, the plaza which contained the grocery store, the video store and the place where they bought kibble for the dog.

The dog, Vent realized, was taking the long way home.
Posted by gary barwin at 9:42 PM