A Barcode and a Zebra: MicroFables about Love, the Internet, and Unicorn Horns 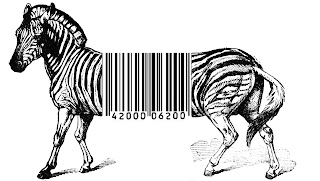 A unicorn and a unicycle meet each other at a party. If only you had a horn, the unicorn says.

A kitchen counter dissatisfied with love, sets out to explore the world. It learns to know the love of forests, hurricanes, hunger, and the arbitrary rule of kings. Now I know everything, it says. Everything but the kitchen sink, the kitchen sink says.

A fisherman sails out to the sea. We are waiting for you to catch us, some small fish say, so we can forgive you.

A whale sighs. With one eye, I see the west; with the other, I see the east, but I can’t see myself with either. Tell me about it, a mirror says.

We see only what is beneath us, the rain says. True, says the king.

I remember how the swift movements of legs created me, the run says. No matter how fast they go, they will never leave me, it says.

A barcode and a zebra meet each other in the schoolyard. They have nothing to say to each other.

Two eyes walk into an office and tell the receptionist, We would like to see the future. Just wait, she says.

An ant and the sun were boyfriend and girlfriend. You think I am being distant, but it’s only because I am so small, the ant says. OK, then let me look at you through a magnifying glass, the sun replies.

The internet is unhappy. Information doesn’t really love me, it says. It’s just using me.

All dogs are really cats, the cat says. That’s why they chase their own tails.

A root and some black pepper are talking. I will be ground when I grow up, says the pepper. When I grow up, I lose ground, the root says.

A lie and the truth are standing at a bus stop. You won’t believe what I’m going to tell you, the lie says.

There was a unibrow and a tweezers walking together in the park...

gary barwin said...
This comment has been removed by the author.
9:44 PM