The Most Charming Creatures -- New Book! -- and a note on the Brainsnail of Translation. 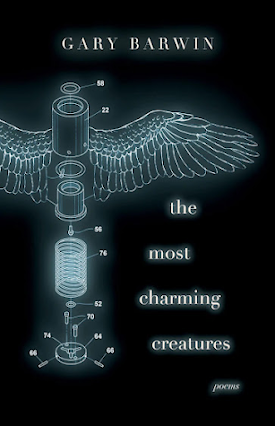 My new poetry book is out!

Very grateful to the essential rob mclennan for this first review of my new book. If a book is published in a forest and it isn’t reviewed, is it even there? rob makes sure so many books are there, are heard.

He quotes the poem Brainsnail from a suite of Lucretius "translations" in its entirety. These translations are more transcreations, reimagings rehabitating some aspect of the orginal. Haroldo de Campos spoke about giving the poem a blood transfusion. There's an interesting article on Cannibal Translation here.

I only knew the term transcreation from its use by contemporary poets, but here's a longer history.

My technique/process often involves using Google translate (moving the poem through many different languages), sometimes N+7 (I use the automated Spoonbill N+7 which gives 14 versions, each one more distant from the original.) I almost always then revise the poem freely. The idea for me is that these initial transformational processes generate material for me to consider, material outside the greater limitations of my immediate imagination, but that then enable me to listen carefully and open up another part of my imagination, listening for interesting or engaging moments, resonances, possibilities in the generated text. Something of the source material inheres (certainly formal aspects, but other things too, and I am aware of my source and its context--this has an influence on my revision and writing, too.) There's a frisson between the original and my version, inviting the reader to consider the connections or relation to the source. Also imagine the process and what it might mean. How did we get here from there? In what way does these new version retain aspects of the old, in what way is it diametrically opposed or divurgent?

I like the portmanteau "Brainsnail." In what way is a brain like a snail? It can be slow. It leaves a trail. Something in the coils of both. Maybe brain is to snail as a translated poem is to its original. Or is it the snail of the translator moving through the brain of the original?

just as eyebrows by the brain are raised

we touch the rim around the world

with the sweet, golden liquor of thought

and works as far as the lips

so that meanwhile we drink down the raw

the intent is deceptive not malevolent

squeeze history’s tectonics with our mind

make things with an I Dream of Jeannie nod

this possessive, this past, this gerund, this goat

who is this “we” we make drink the world?

not birds but windspeed

I thought I'd demonstrate the process with a new "transcreation." Here are the original Lucretius, the Google translated version and then my edits to hopefully make a new and interesting poem.

1. Original translation of a section of

On the Nature of Things by Lucretius

This terror, then, this darkness of the mind,

Not sunrise with its flaring spokes of light,

Nor glittering arrows of morning can disperse,

But only Nature's aspect and her law,

Which, teaching us, hath this exordium:

Nothing from nothing ever yet was born.

Only because, seeing in land and sky

So much the cause whereof no wise they know,

Men think Divinities are working there.

Meantime, when once we know from nothing still

Nothing can be create, we shall divine

More clearly what we seek: those elements

From which alone all things created are,

And how accomplished by no tool of Gods.

Suppose all sprang from all things: any kind

No fixed seed required. Men from the sea

Might rise, and from the land the scaly breed,

And, fowl full fledged come bursting from the sky;

The horned cattle, the herds and all the wild

Would haunt with varying offspring tilth and waste;

Nor would the same fruits keep their olden trees,

But each might grow from any stock or limb

By chance and change. Indeed, and were there not

For each its procreant atoms, could things have

Each its unalterable mother old?

The heart is permanent.

This fear, the darkness of his heart,

It's not a sunny day,

And the flower that burns at night does not break,

But that is only part of the law of nature.

This is what the exordium tells us;

They don't do anything from scratch.

Because it can be seen in the earth and the sky

They did not know the source of his wisdom,

People believe that gods work there.

At the same time, they are crazy

We were created from nothing, and from above

What we get: Name

It is not something created by God.

Imagine everything from nothing: diversity

Mature fruits are not needed. The sailor

It can stand, and tomorrow the hair will leave the ground.

Birds fly in the air.

Cows, cows, and all wild animals

These generations consume a lot of food;

Old trees do not bear the same fruit,

However, each can grow out of different or special things.

Shock and change. Actually, no

For each particle there are atoms that come into it.

A mother who does not change her age? 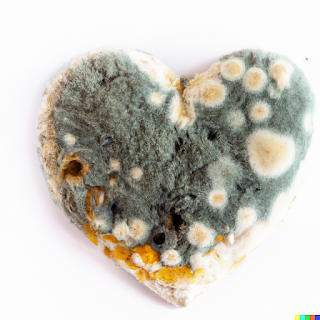 freely modifying and moving lines around.

The Heart is Permanent

the flower that burns at night does not break

they don't do anything from scratch

can be seen in earth and sky

ships burst into flame despite rain

it’s what they tell us

and what we get: names

imagine everything from nothing

now a digression to speak of oceans

sailor, tomorrow you leave the ground

birds fly in the air

old trees do not bear the same fruit

we only spoke of boats

for each thing there is

a mother who does not age

yet people believe we were created from nothing

and Neruda wonders why the waves ask

the same questions we ask them

fire and your heart

itself a wave, flower