Some words on Michael Chabon 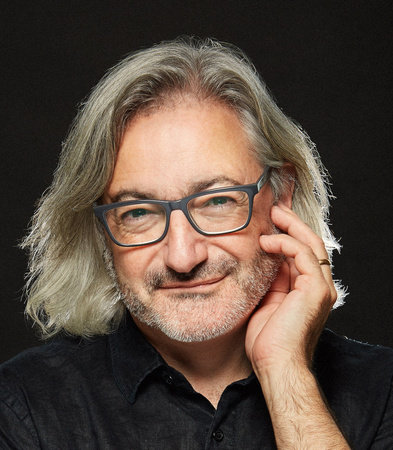 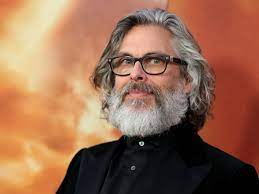 This past Tuesday, I had the great pleasure of interviewing American novelist, Michael Chabon for an event at the Jewish Public Library in Montreal. I thought I'd share my introduction since I got to wax a bit poetic.

It was kinda funny in that, at least in our current incarnations, Chabon and me looked a little alike -- long grey hair, big black-rimmed glasses and beards. I joked that I was cosplaying him, ready to attend a Chabon-con.

I’m so very delighted to have the opportunity to have Michael Chabon join us tonight to speak about his remarkable and wide-ranging body of work.

So, what have I learned from his writing?

That language is a golem, a superhero, a doula, the moon. Language is a kid dressed with astounding style and agency, a kind of fatherhood of the world. And motherhood. Language is a map, a legend, a rocket, a secret plan, a beloved city, an entire cosmos, a marvellous escape and a transformation.

For Chabon, language is also a song, a memory, and an instrument of curiosity, and investigation.

It’s a magic trick of surprise, invention, wonder and empathy. And perhaps especially empathy. In Michael Chabon’s many novels and essays we come to know the world, and we come to know how the people in that world understand that world. Or try to.

More than it being a brave new world, I feel that his work explores the brave people in that world finding their way, with all their contradictions, regrets, reinventions and attempts to reclaim, rebuild or maintain their selves.

He writes in  The Amazing Adventures of Kavalier & Clay that, “We have the idea that our hearts, once broken, scar over with an indestructible tissue that prevents their ever breaking again in quite the same place...”

Ben Marcus has remarked on Chabon’s deep love for his subjects, how “he’d do anything to make his material come to life, he would die for it.” Marcus says. “Loyality, devotion and obsession… a deep instinctual passion” – we observe all of this in how Chabon writes. “He doesn’t want to let his material down.”

I should also note, since we’re here at the Jewish Public Library, that Chabon’s work is infused with a deep engagement with Jewishness and what that might mean for our idea of the past, the present and the future. He asks profound questions about what it means to be in the world, to engage with culture—not only Jewishness, but the culture of both history and the contemporary moment. What is it to be a father, son, partner, brother? Maybe what is it to be a mensch or to have inherited or developed ideas about one’s role in the world. How are we defined by and define ourselves by our passions and curiosity. By our creativity and relationships. And his work is both poetic, dramatic, moving, and funny.

But before we begin our discussion, first a few, an impossibly few, words about Michael Chabon’s staggering list of publications and awards.

His first novel,  The Mysteries of Pittsburgh  was published when he was 25. That makes me think of that Farley Mowat line, “If someone tells you writing is easy, they are either lying or I hate them.”  This first novel and his next novel, The Wonder Boys were bestsellers and The Wonder Boys was made into a major motion picture.

The Amazing Adventures of Kavalier and Klay won stacks of awards including the 2001 Pulitzer Prize and was included as one of 125 books most important books of the last 125 years by the New York Public Library. This very beloved book is being adapted by Chabon and his wife, the writer Ayelet Waldman into a TV series for Showtime. I can’t wait for that.

The Yiddish Policemen’s Union, the delightfully meshuggeh and dramatic counterfactual detective novel, made the jury of both the Nebula and Hugo award plotz with astonishment & so was awarded both those prizes.

Other novels include Gentlemen of the Road, Telegraph Avenue, and Moonglow. Chabon has also published graphic novels, YA work, short story collections and bestselling essay collections including Manhood for Amateurs, and, most recently, Pops. I hope we’ll have a chance to talk about all of these.

Chabon’s writing has won many awards including, The National Book Critics Circle, the Los Angeles Times Book Prize, Pen/Faulkner, and National Jewish Book Award among many others.

It’s a remarkable thing that a writer of Chabon’s stature has also been involved in film and TV. He

produced, wrote and was the showrunner for the first season of the Star Trek series, Picard starring, of course, Patrick Stewart, and he has writing credits on the Spiderman 2 and John Carter movies. And as I mentioned, he’s working on a TV adaptation of Kavalier and Klay.

There’s lots more, of course, but rather than me going on, let’s speak to the man himself. Pleasures, regrets, maps, legends, amazing adventures, rockets, records, death by Hammond B3 organs. There’s so much to talk about. Please welcome Michael Chabon.