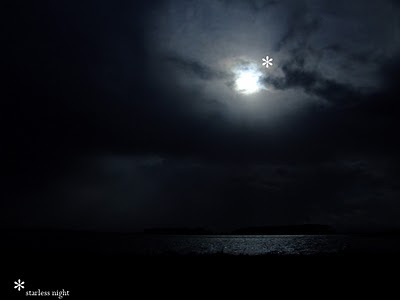 We leave from a single place; arrive from the distance at the same place. We wander the compass: our paths cross yet we move on. The horizon surrounds us, our single winking eye.

Small star. Asshole. Firework burst. Cobweb scaffold, the spider gone. Footnote from a distant constellation which may exist no longer. Doleful snowflake: matchless star in a storm of a single flurry.

A tiger in dreams. A railway car. Things and their inner shape. Matter and the beams of its being. A marking of more than one way of seeing the spot.
Posted by gary barwin at 2:38 PM

Beautiful piece all around, Gary. Thanks.

Catching up here, this is great. Thanks.

Thanks, all (ES, GH, and SF) for your comments. I really appreciate the visit and the read.

In the beginning was the word, and then punctuation was needed to help us understand*

Hello your blog is looking good. Thanks for sharing this information and keep posting.

Searching for Black Magic Removal in USA :- Sometimes we do something which may hurt some people unwittingly and sometimes they turn into our enemy. Some enemies get hurt very deep and they turn to be very venomous and they impart such damage to the targeted people. If any bad intention is exercised by the enemy through Black Magic Removal we must protect ourselves with professional help. Astrology gives effective solutions for these kinds of problems. Well trained astrologers can help in such troubled situations. When a person grows in his career or business or family and whatever may be the progress some bad eye and Negative Energy Removal in New York. Black magic removal Expert is such a powerful intervention the person affected will get cured for a lifetime.