night inside the empty school, the day before classes 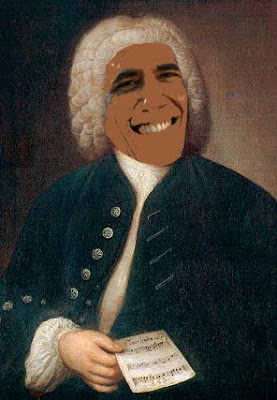 It’s the night before classes begin. I’ve let myself in to the empty school. Finally, there’s some time to return after summer holidays to set up some chairs, to find some activities stuck in the back of the filing cabinet – I only vaguely remember what they are, but I have an intuition that they will be just the right thing, to sit down in the quiet and write out a plan for the first few days of school, to do the teacher thing and staple a few papers to the bulletin board. Perhaps the Baroque Obama poster that I made last year. Somewhere in a distant wing, the night security guard is walking. Here, near the music rooms, it’s dim and it there’s an uncharacteristic hush. I’m a teacher creeping about the silent halls. There’s mystery here. Something secretive. This is the other side of the school day, the other side of the term. No children. No talking. It’s dark, quiet, and there’s isn't any movement. It’s one person and the school. Usually the space writhes and bustles. An x-ray would reveal a forest of what might appear as fireflies: flashes of brain activity – interactions both between and inside people: between people and understanding, between people and possibility, humans evolving in slow motion, though there’s sometimes a sprint and a lot of jostling. And, of course, I include teachers in this. I have the idea that the dark of the nighttime school is like being inside a brain. There’s an anticipation, a sense of exploring a place full of remembered voices, of things said, sometimes only vaguely understood. Though I’d hope for the steady mystery, I think, when everything is going well, to the students, my classes are more like being plunged into a cave with a thousand intermittently flashing flashlights, a barrel of jello, a portable library, bongo drums, the air full of bats singing a crazed and wondrous polyphony. And in a corner somewhere, there’s a kid reading poetry and telling these marvelous stories. Some other students have made a democracy out of popsicle sticks, and some others have discovered that every sheet of paper has six sides, though four of the sides are really thin. The teachers stands the middle: he could be directing traffic, guiding taxiing airplanes, pretending to be an airplane, imitating a bat, or a ladder, or his favourite vowel, which by the way, seems to be ‘m’. It's not yet 9:15 and the lesson has just begun.

It seems to me that there is something deeply subversive about learning. It's a taking apart, an inquiry into the dark halls, the forgotten corners, the undersides of things. The security guard is somewhere else. The students and the teachers conspire. They are alchemists, crypocitizens. Things are not how they first appear to be. Behind each thing, is something else. Everything can be reassembled in another way. There's a code, a ghost, a magic trick to the world.
Posted by gary barwin at 8:02 PM