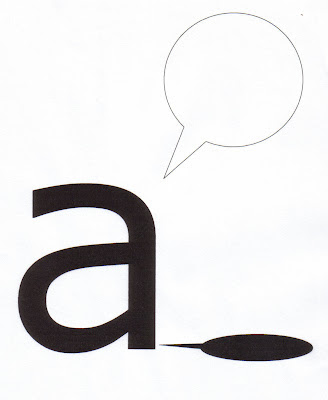 I was walking our dog, Dude, yesterday in the Cartwright Conservation Area, a place in Dundas where I very rarely come across other hikers. Because I’d been helping my son with a school presentation on the Kaballah, I’d been reading a book on the Jewish conception of God. I was thinking about a beautiful passage from Exodus quoted in the book that has Moses asking God to reveal Himself to him. God says that the vision would be too powerful and would burn Moses up. God places His hand over Moses and passes by him, lifting His hand in time for Moses to see His back.

This concept is pretty beguiling. God’s back. I wonder if it’s hairy. It’s like a blues song where the person sees the back of their lover on the way out. But, really, the idea that the back is less intense than the face, or the foot. I know it’s a metaphor, but there’s always this problem with the metaphor of the incorporeal God, the unknowable, the surpassing-definition God being represented by a body. It’d be fascinating if the Judeo-Christian notion of God represented God as a snail only. Or a thumb tack.

Representing the unknowable, the inconceivable as a single physical object is a paradox. I do prefer the idea of searching for patterns within a sacred text, as in some Kaballistic traditions. Or rather, conceiving of everything (absolutely everything in the range of possible universes and existence), whether physical or conceptual as representing every other thing. The universe as representing itself. The sum total of everything is everything, and as such one doesn’t need to have recourse to some notion of transcendent numinousity (numinous = ‘the wholly other’). Everything is the ‘wholly other’ of itself.

Even the notion of a single object, let's a say 'a table' is connected in so many ways to all other objects, it's hard to create a precise border to it. Table / trees / furniture /elbows / legs / chair / plate / flatness / object / wood / carpenter / undersidedness / squareness / graininess / inside-a-roomness / not-skyness / book.

Dude and I were walking along a path in the woods and there was a small but sudden sound. I looked up in time to see the back of a deer, the white blaze of its tail, running deeper into the forest.

I find it fascinating that the pronoun represent God is capitalized (never mind that it is gendered.) We talk about His mercy not his mercy. Should we represent people or things that we do not want to honour or respect with a different orthographic convention? Always lower case? Capitalizing the last letter: hitleR. Perhaps subscript: hitler. (I don't know how to represent the subscript 'h' here, but you get the idea.) Maybe we should have special fonts. Or like YHWH never actually pronounce the name. Or mispronounce it deliberately. This is a metaphorical use of the alphabet, of orthographic conventions, of morphemes. It's a metaphor on the level of the individual sememe.

My son Aaron has a big head of curly hair. “Aaron, don’t you want to shorten it?” “No, it’s like having a puppy on your head. All the girls want to pat it.”
Posted by gary barwin at 12:00 PM

I had similar thoughts when I was "begetting" my most recent videopoem, "Beware of Dog". It was going to be a dialogue with God. The whole idea was, if not humiliating, certainly humbling; but it was a challenge, and I kept reminding myself that it was going to be cool, to be talking with God. So I started writing stuff, deferring whether it was God talking or man (me). (Later on I realized that I would have to have yet another voice, the voice of our instinctive impulse, to counteract the intellectual/emotional voice.) I soon realized that there was not going to be much of a dialogue; how could one bear to hear such power? So the voice of god had to be tempered, filtered so as not to destroy the hearer. Which was where I identified a kabbalistic element to the work. Do you want to see it? I posted it recently at:
http://youtube.com/watch?v=Lk80fpd9xBQ