i before or after william tell 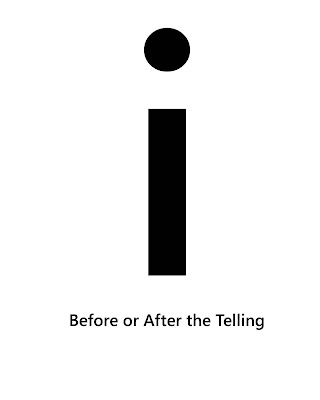 Over at the Poetry Foundation's blog, Kenny Goldsmith is discussing intentionality and Christian Bok's rewriting / appropriation of Steve McCaffery's William Tell poem (the one with the two dots -- the two tittles -- over the i, the second dot, representing the apple.) The above visual poem is my response and below are my comments.

I'd rewrite Bok's rewriting of McCaffery's William Tell in the above way. The double dotted i is an icon, an idol for intentionality. It's clear that the apple is about to be felled from the head of the i, It is a Telling, a Willing. If one really wants to make a point over the i, to create an i whose tittlation tells of lack of intent then the McCafferyglyph should be as i've noted above.

My i does not reflect the presence of the Will, of the author, of the pointed i.
Posted by gary barwin at 11:18 PM