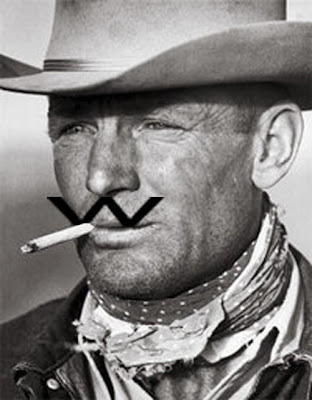 The above image is after Richard Prince's appropriation of images of Marlboro Man images from Jim Krantz, the original photographer on the ubiquitous advertising campaign. There has been some controversy, brought about by Krantz's comments to the media about a Guggenheim exhibition which includes appropriated images of the Marlboro Man campaign.

Let's think of that W as God. Or as Dubya. Or as capitalism. Or as Westernality. Or as being stripped from the lip of the Mona W. Lisa.

And here is a re-Itleration of another image: 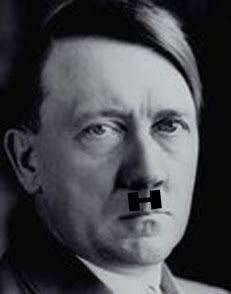 Anonymous said...
This comment has been removed by a blog administrator.
8:18 PM

This post has been added by the blog administrator.

This prose has been addled by the bog defenestrator.

This supposed it's been handled by the big kahuna, later.