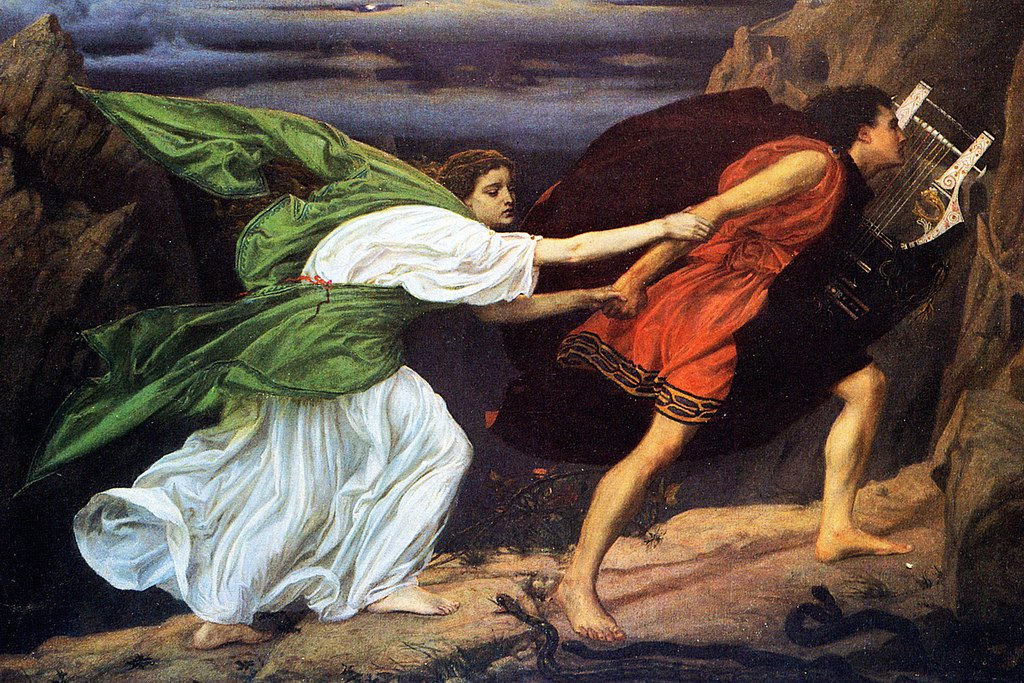 I've been working away on a new novel, called, right now, DEATH WRITES A NOVEL. As I wrote in a recent grant application, the novel is about "A washed-up, grief-stricken comedian is approached by Death to do an Orpheus and venture into the Underworld to win back Death's son." The novel is written by Death, as the title implies. I'm about 50k words in (I was already this far but scrapped most of it sometime last year.)

Here's a little passage—kind of a prose poem—that is written in the voice of Orpheus. I've often wondered about him. The greatest poet/singer in all the ancient world. Why did he look back? You were SO close. Why didn't he just go with Euridice if he loved her so much? Why was there the constrant that he look back? Couldn't he just have said, "You there, E?" I know that's not how hubristic fatalististic irony works in these stories, but still.

They call me the over-the-shoulder beholder. Because, well, you know.

Euridice’s footfalls so quiet on the rocky path. We should have sung together. I could have listened. What singer needs sight to know?

My Euridice. Dew on early morning lawn. Sandwich meat in the ancient world’s most beloved deli. Lips like an asp bite. Joke maker. It was she who charmed them, though I was a good opener, with my lyre, sweet rhymes, my boy pretty face.

Her ironic bright-light grace. Even when alive she seemed a beam, glinting, as if she’d passed between Lucretius’s atoms as through a beaded curtain or the rain. Euridice, bioluminescent in the dark deep sea.

She could have farted, yes, so I, just for a moment, could forget about the fabled Orpheus, my every step a beautiful song. Her scent a reassurance. A tiny herald. Here I am, a real human, a non-spectral body. I follow you.

Or we could have entwined hands, I reaching behind for those almost ghost fingers. Could I have followed?

I should have fallen on my own asp and lived dead in Hades’ kingdom. But me and my easily severed head wanted to sing if only of regret in seven colours, the melismatic flight of the passerine.

I imagine us at the border, she puckering in the land of the dead, me, in a living field of asphodels, puckering too, and our lips almost against each other, we—or I alone—would breathe, would breathe, the one into the other until it was my time and then I would follow, our naked toes bumping against the real dead asphodels, releasing their pollen and exciting the bees.