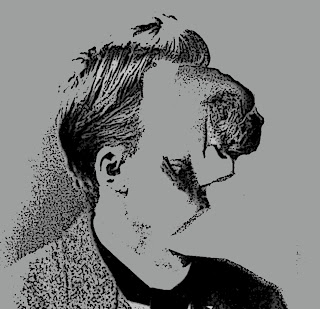 
Eyefuls of pollen blinked away behind a wall are as much a solution to war as anything.

It was by speaking curling and without fruit, but earnestly and with a viola, that we learned the origin of language.

At night, a man says ‘night,’ says ‘Darfur is being taken care of by another God.’

I look at the well and say, be well. In this way, I am God and the well is well.

He said, God is the Gatling gun of Elves killing things in the forest. The antlers and the sky: what is above the bull’s-eye, the Elves said.

Build the roof without thinking of the sky. Sleep between the wise and also between night and day.

They are not real stars, but dummy stars. All arguments over ownership of the observation require a Faustian bargain and explosives.

Without guts, Beirut, or talent, how can there be friendship?

Divining morals from the preceding sayings is like taking a shower with a pig. Both organisms end up cleaner.

From the ditch, the mother of words sees the punctuation of stars.

Those who would taste the richness of life should not be afraid to mispronounce words when their mouth is full or punctuate the world with their teef.

Do angels have dreams about being anxious gunslingers? A groundless earth, nature without green, mankind with gloves but no fingers, only the idea of a deer to a bullet.

Without seams, day is night, and night is trousers with neither seat nor legs.

To drool on one’s own hat when one is wearing it, means one is no slave.

Written on a monument outside the school for war: What kind of upbringing do mica have? What makes their lives hurt?