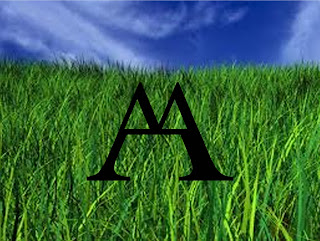 There were two of us, but we had only one pair of legs. We took turns walking.  I‘d walk into the park that was crammed with leaves and butterflies and good smells. Then I’d walk home and tell you all about it. Later, you’d walk to the mall. It was stuffed full of skirts, cellphones, Chinese food, and hooded sweatshirts.  You’d march right up the stairs where I would be in the big chair, waiting to hear all about your adventure. I’d put down my newspaper and you’d tell me everything. Ginger chicken—really?

You’re probably wondering why we couldn’t just share one leg each. We tried. We learned to hop. We wrapped our arms around each other’s shoulders and pretended to be a big double person with a single set of legs, but it wasn’t the same. We didn’t feel right separating the legs. They belonged together. Like Laurel and Hardy, Brad Pitt and Julia Roberts, spic and span, left and right, and the two of us.

In the summer, our house was surrounded by a bajillion yellow flowers.  It was because of us. People drove by our house, real slow, just to look at our flowers.  In spring you’d take the legs out into the garden and dig a bunch of holes. Then you’d walk in and have a glass of lemonade at the kitchen table and wipe your sweaty brow. Ahh, you’d say. Your turn, you’d say, and I’d take the legs and a multiplicity of flowers. I’d stick the flowers into bajillion holes that you’d dug. Look. You forgot the shovel beside the apple tree. It’s OK. I’ll carry it to the garage. I have the legs.

We bought shoes online so that we could both be involved in the selection of footwear. I preferred the convenience of Velcro but you, if you had your druthers, would opt for classic lace-ups. It was black for me. White for you. Invariably we settled on slip-ons in light brown. I don’t want you to think that it wasn’t a rich life, a vivid and satisfying life, a life of rich imagination and personal choice. Ours was a vibrant tango of intersecting free will, a mambo up the decision tree of relationships.

But one day, the sun shone into our window like a searchlight. It woke us both up. Hey, I said. I’ll take the legs and go downstairs and make some coffee, then you can go and get the paper. Then I’ll make the eggs. OK, you said. But first let me go to the bathroom. OK, I said. That necessarily has to come before coffee. Yes, you said. Without question.  So I’ll wait, I said. Yes, you said. What else would you do? Handsprings, I said.

We looked around but the legs were gone. Maybe they wriggled under the bed? I asked. They were not under the bed. Maybe you left them in the walk-in closet? you asked. But they were not in the walk-in closet. Could we have left them in the nursery? we wondered. Once, many years ago, we had hoped to have a baby together. We would have shared our baby like our legs. You would go to the Christmas Concert and see our baby sing. I would go to meet-the-teacher night and hear about our little one’s progress with scissors. While you tucked her into bed, I would sing from the other room. But the legs were not in the nursery. Or in the garden or the mall.  I used the telescope and looked all over. You used your wide-ranging psychic powers to determine that the legs were not in the park.

This marks a significant change in our lives, I said. Without legs, we are different, you said. We lay in our bed and clung together. The sun rose far into the sky like a soccer ball kicked too high over a goalpost. Then it fell down to the pink horizon and we were in darkness. The next day, it did it again. We did not leave the bed. Your arms were wrapped around my torso. My arms were wrapped around your torso. Each of our shoulders, both our left and our right, were wet with each others’ tears.  A month passed. Then ten years. We suspected the loss of a gazillion flowers but neither of us had the mental stamina nor the psychological agility to look.

Why had our legs left us? Where had they gone? We imagined them at a restaurant table in Los Angeles wearing aviator sunglasses and ordering an expensive imported water with lemon. Maybe they were in India, helping the poor. A pair of legs could make a difference there, we reasoned. A significant difference. But it had been so sudden. They had left without warning. There was no note, no phonecall, not even a footprint left on the front walkway.  By now, the legs must have changed. We’d probably not recognize them if they walked right up to us and knelt down. The world was large and a pair of legs could choose to live anywhere, could choose to live almost any story. It was not fair of us to want to hold the legs back, to not allow the legs to realize their own personal and innate legness.  To be with other legs. To feel the hot wind of the Amazon blowing against their knees, the unrelenting prickle of the Sahara’s sand against their pale calves, to feel the muscular pleasures of making a jump shot at the end of an inning late in the evening at a Tokyo ballpark, the fans standing and waving their colourful scarves. Somewhere in this large blue world, the legs were happy. It was time we understood that.

I’m going to make some coffee, I said. Then you’re going to get the newspaper. Then there’ll be eggs. Unless you need to go to the bathroom first?

But how? you asked. How are we going to do all that without the legs?