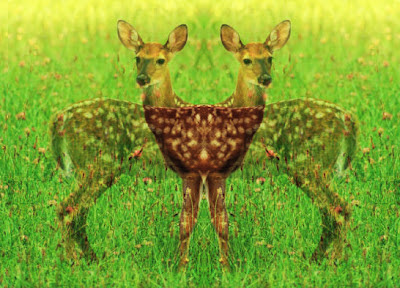 A on the Landscape 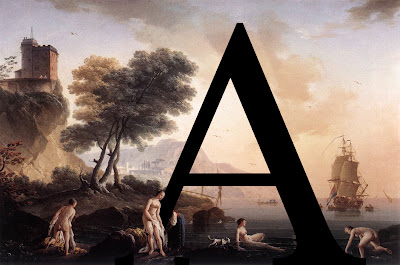 Two A's on a Beach 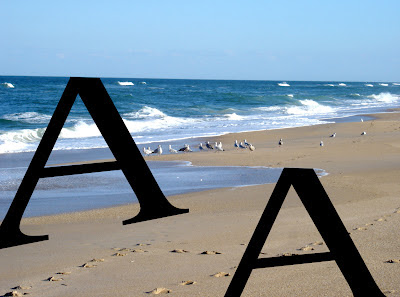 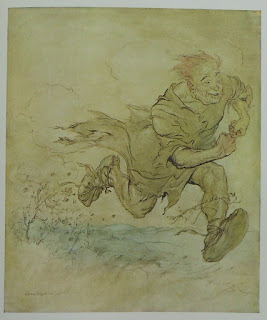 Grade 4 in Northern Ireland. Late afternoon in our private school which looked like a small stone castle. A older man (the superintendent of the school?) would come into our class, thin, worn, in a shapeless overcoat. He’d sit at the front and tell us Irish Fairytales from memory. I remember few details, but do remember the slanting sun across the ancient desks, his sonorous deep voice, a story about a girl choosing a cape that seemed the most plain but being rewarded by its having a bejewelled lining. That year, I was never able to be ‘a knight of the times table’ — who knew what to do with the 8 times table?– and I was always placed far in the outfield of the cricket matches where I would be lost in revery under the tall oaks, the cricket match a distant ritual between white clothed classmates. Others would talk to the teacher about the proper application of linseed oil on cricket bats and other fine points of cricketry like sticky wickets. Sometimes the whole boys school had a running meet, dressed only in our white underwear and plimsoles. We swan naked. We hit each other with our red pocket sized hymn books. I felt disconnected and dazed. But listening to the teacher read this stories, I was THERE. I was transported. I heard every detail. Even the grass blades and trees seemed different as I walked home after hearing him. At home, I wrote strange incantatory texts on cue cards trying to evoke the numinous preternatural language of the folktales, the teacher’s mysterious voice. At eight or nine years old, my brain learned to squint, to hold things in resonant soft focus, to use language to uncover what I thought was really going on.


Kristen Den Hartog has a great blog. She has invited fellow Trillium nominees to muse about children's literature. Phil Hall wrote a great post which inspired me to comment on an early reading/literary experience. That's the memory above. Thanks, Kristen. Thanks, Phil.
Posted by gary barwin at 10:08 PM 1 comment:

Questunes without Answers: for Andrew Topel

Posted by gary barwin at 6:12 PM No comments: AFTER A SONNET BY WYATT 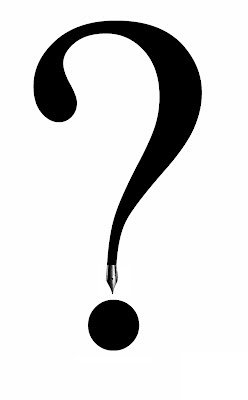 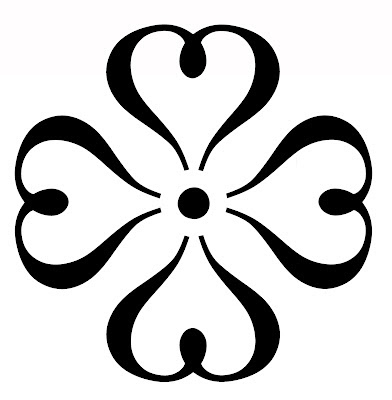 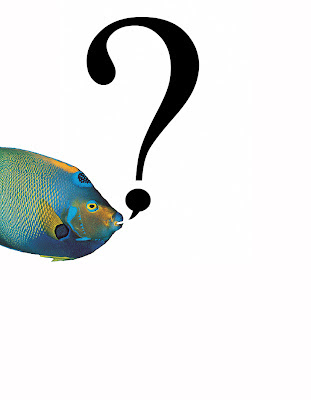 There are may aspects of visual poetry that make it different than 'non-visual' poetry and that I enjoy.

All the pretty pictures.

Yeah. Of course that, but also its sense of community. And it is an international community.

Also the often dialogic nature of interaction. Someone creates a poem, often 'for' someone else, or 'after' certain of their visual concerns.

Someone responds to it with a variation, quip like retort, or some other kind of engagement. Since yesterday, I've been sharing riffs -- sometimes on one of the many blogs of Satu Kaikkonen, brilliant Finnish poet--with the brilliant American visual poet Andrew Topel and the brilliant Hungarian poet Márton Koppány.

An exchange of question marks, fish, thought balloons, exclamations, and Groucho faces. Really, for me, an ideal exchange. 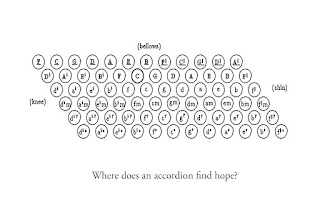 the accordion of fear and hope
it burns and freezes


the accordion has nothing
it seizes the world


has neither locks nor teeth
it is in prison


it does not escape
does not live or die


the accordion finds no peace
its shadow bellows


without eyes, the accordion sees
without tongue, it speaks


the accordion loves another
it hates itself


question: where does an accordion find hope?
answer: tulips instead of eyes 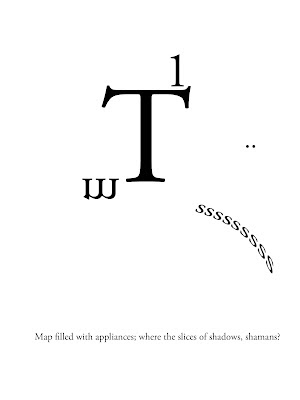 Posted by gary barwin at 9:56 AM No comments: 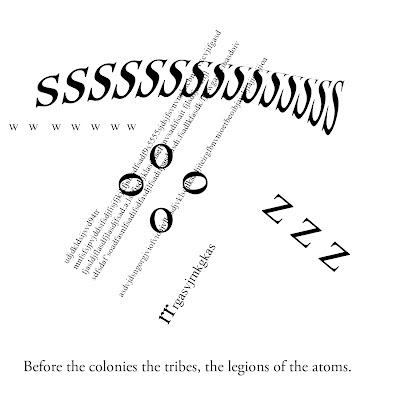 Posted by gary barwin at 4:46 PM No comments: 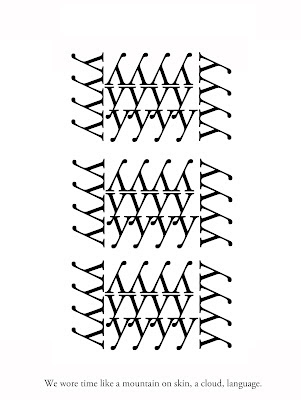 Posted by gary barwin at 4:18 PM No comments: 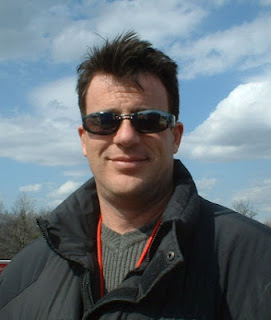 An old friend of mine, Tim Mogg, died suddenly this week. A mutual friend suggested that I might like to write something for the funeral which I could not attend. Tim was one of those people with whom I rarely spoke to but whose presence in the world was very important to me. Knowing he was out there was good. Goodbye, old friend. Every time we hear a bell, it means you've made some angel spurt feathers out their nose laughing.

Tim was a very old friend of mine from middle school in Ottawa.

Even then, Tim showed all the signs of the creative, funny, delightfully subversive, and kind man that he grew up to be.

To me, Tim taught me what was possible with the imagination. He taught me that the world was full of possibility and surprise. If you looked for them, trampolines and trapdoors were everywhere. And you could find yourself somewhere you didn’t expect.

Could you light your pants on fire in the basement and not get hurt?

Could you hand a regular hammer in to art class as your art project and get away with it?

Could you make a super eight movie where people would suddenly disappear only to show up ten feet away a second later?

Of course! If you were inventive and figured out how to do it.

As a kid, Tim was always drawing, making little movies, and performing sketches. We played and replayed Monty Python, The Hitchhikers Guide and countless examples of wise foolishness.

I think that back then, life was a vast comedy skit waiting for Tim to improvise something amazing. And, like skits, it wasn’t something that you did alone. It was about friendship. Delight. Surprise. Interaction.

For example, the time when Tim's parents were away for the day and he painted a mural which entirely covered the double garage door at his house. He left the door up. His parents came home, closed the door (from the inside) and went to bed. The next morning, the neighbourhood was in an uproar. The Moggs's house had a mural of naked people on their garage door. To do this when you were 14 was mighty, daring, and entirely and brilliantly funny. At least we thought so!

Though he played such vexing tricks on his parents, I remember how even as a youngster, he spoke about his parents with such affection and respect. He took an almost protective tone when speaking of his mother—something remarkable for an eleven-year old.

He was a wild card, a subversive trickster. Why? I think because he knew that the world was full of possibility, wonder, and joy. Because he knew he could amaze and delight his friends and family. And though it might not have been obvious when we were kids, Tim understood people’s difficulties, and often acted to cheer them up through laughter and surprise.

Tim made me feel anything could happen…and with Tim it often did.

I would like to offer my deepest condolences to all who knew and cared about this most creative, witty, compassionate, and caring man.

I've been exploring homophonic translation lately, mainly of Heine, Rilke, and German translations of Dickinson, though I've done some Aase Berg and Rene Char. The change in language and the range of sounds and associations affects the sound, tone, and word choice of my English. Also, I am swayed by the words' resemblances to English words and also by my knowledge (real, imagined, or partial) of what a word actually means in its source language. Another significant influence is what I know about the original author -- what I know or imagine the original text is about, or what semantic or grammatical range it exists in. I know Rilke never wrote about lacrosse or was concerned with gritty street life and how it is framed by structure issues of poverty and marginalization.

In these translations, I have deliberately avoided editing out words that I would normally avoid in my writing. For example, I have used the word 'wang' in one poem, though I likely would never have chosen the word if not guided by the German.  I deliberately try to avoid making conscious decisions about the overall meaning of the poem that I am constructing when I am doing a first homophonic run-through. Then I go back and see what has evolved and revise accordingly. Of course, I know that I am aware on some level of what is occurring as I am doing it and this sways my choices. I am also trying to allow myself to opt for word choices that are surprising to me and present associational issues. For example, in the above poem, the proper nouns, Klingon and Hertz. After having read some of Aase Berg's Transfer Fat (in the great translation from the Swedish by Johannes Goransson), I'm also trying to incorporate neologisms or portmanteau words into my translation. Hence the above "chowmeinrental." I hope to capture something of the viscerality, the verbal tangibility or palpability,  as well as the polyvalent associationality of Berg's use of portmanteau.

I have used source texts that are longer (for example longer Rilke texts such as from the Duino Elegies) which are formally and thematically more expansive and varied. This is reflected in my translations. I also have been exploring short rhyming lyrics (Heine, Dickinson, Rilke) and can then play against  the very compressed and simple text. I should say though, that, when revising, I allow myself to fairly freely edit particularly the form of the longer forms. The short texts I try to keep consonant with the original verse form of the original lyric.

It's obvious to me what is translated in these texts. I am aware of the powerful influence of form, tone, rhythm, restricted lexicon, word order and length, pacing, as well as the less tangible things such as my association with the text, language, writer, and tradition and my notion of what kind of thing appears in a poem by the author. I'm surprised by what the originals and the process of homophonic translation enable in me, what it facilitates, encourages, and inspires.


I think of homophonic translation like a prepared piano. But, it's prepared language. Press a key and see what happens.

Posted by gary barwin at 3:51 PM No comments: