She and I are one. We are narcoleptic and fall asleep in the shower. We fall and our one bum covers the drain. The shower fills with water then falls through the ceiling and lands in the apartment below. We wake in a small pond in an unfamiliar living room. The greetings will soon begin.
Posted by gary barwin at 5:33 PM No comments:

The Flute is the Thing with Feathers 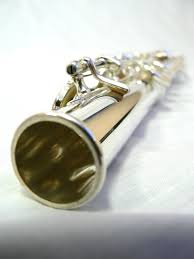 The students often give names to their instruments. Clarence the Clarinet. Bill and Bob the trumpets. Daisy the Trombone. Gladys the Baritone. Hope the flute. The girl who owned the flute wouldn’t stop playing while the teacher was speaking to the class.

“If you keep interupting, I’ll have to take your flute.”

“Oh please don’t take Hope away. I can’t live without Hope,” she said.


The podium is large as a convenience store. They plug in the lights. The world becomes bright as a microwave turned on high. What is going on in the mind of each blade of grass? Nothing, unless you count single syllable jokes and a fear of cows. They have hired me to do some preaching.

The wisp of their lips, their fog-bound faces. The smooth yellow line at the side of the road as we climb the mountain.

I open my hand and show them a rock. They already know.

I hold up three fingers. They know.

I unzip and show them the delicate butterfly patterns where my penis should be.

They do not believe in democracy.
Posted by gary barwin at 5:08 PM No comments:

If you happen to be having a fictively frail moment, here is one of my "chamber fiction" pieces (stories with music) on the great site AuthorsAloud.com. My story "Click" from my book Doctor Weep and other strange teeth is here.

Last night we watched the Steven Wright DVD "When the Leaves Blow Away." The main performance was recorded in Toronto in 2006. Here's something about it --along with a few of the jokes here. And here's a YouTube excerpt.

My favourite line was something along the lines of: "When I was a little kid, I wish the first word I said was 'quote', so when I died I could say 'end quote.'"

Most surprising to me, though, was the short B & W film from 1999 which was included, entitled "One Soldier." It was a very curious thing. I wasn't entirely sure how to take it for most of it. It was by turns lovely, moving, funny, shlocky, parodistic, stark, and mesmerizing. The rhythms of the returning locations or kinds of scenes created a circling forward movement, a slow music. Scenes repeated -- Wright as an ex-Civil war soldier riding some kind of steam train up a steep hill, possibly to heaven, or at least through a Bergmanequely stark and existential landscape), the officer's wife talking about him, scenes on a rocky beach, etc. and the characters talked about the life of the eponymous soldier, and his existential crises. Certainly the film alluded to the Seventh Seal kind of Bergman. And, I suppose to various Woody Allen tributes/parodies of him. This was the Beckett kind of Bergman. It was a metaphysical, existential film. Stark yet wry. A really remarkable and memorable thing.

I should also mention the music on the soundtrack-- solo Irish flute, fiddle, harmonica, and concertina (the main character plays these last two -- harmonica even when making love with his wife.) Very lovely and haunting solo Appalachian music (the kind of American roots music derived from Irish, Scottish, and English music) which was the perfect blend of regretful, bittersweet, stark, and introspective.
Posted by gary barwin at 4:59 PM No comments:

Not my cousin my gastroenterologist I took the photograph (above) when I was about 15 and visiting my uncle, aunt, and cousins in London. It is of my cousin, Daniel Stern pictured in a more recent incarnation at right. His younger brother, Nick, is a doctor, in fact he is my cousin my gastroenterologist.


I was thinking about this image while listening to Dan's new CD, Traces

You can hear some of it here and here. The style is new jazz, harmonically complex, angular, yet accessible: tuneful, with naturally free-flowing rhythms and fresh orchestration. Dan's CD integrates composed music with improvisation. The CD is organized into two parts. The first, compositions for medium -sized jazz ensemble. The second is multi-tracked saxophone and clarinet. This includes versions of the medieval composer Perotin and the Renaissance composer Palestrina woven into the fabric of saxophone and clarinet compositions/improvisations. Illustrious performers including Dave Liebman, Dave Binney and Tim Garland are featured on the first part of this recording. It's all Dan all the time in the second.

In addition to the playing, one thing about this CD that is remarkable is that two parts of the CD each form part of a wholly integrated musical vision. The improvisations are conceived so as to flow out of the compositional context. The medium-sized ensemble works like a Mingus or a Braxton ensemble, with a natural flow from composed group material to individual improvisation. Dan has a keen ear for tone colour, and he creates beguiling orchestrations from various combinations of saxophones, clarinet and bass clarinet as well as the rhythm section.

The music based around the spinal material from polyphonic sacred music seems completely natural and yet arresting in its borrowing from music of the past. This isn't Jan Garbarek playing over top of the Hilliard Ensemble (as in their Officium), but a re-imagining of the material. Indeed the procedure (layers of new polyphonic saxophones and clarinet) seems perfectly appropriate to the material. From the middle ages to the Renaissance, composers have taken pre-existing material from the tradition and woven new material around it or treated it in different ways. Motets were often medieval mash-ups, adding new material to lines of Gregorian chant, and one or two parts from previous material.

This is an impressive CD: thoughtful, subtlely conceived, accessible music with a fresh sensibility, performed with great skill and intelligent charm.

I am in love with a goat
yes

perhaps I am a goat and
in love with myself

my keen sense of balance
my perfect beard

my killer backgammon skills
Oh how I could play

if I knew about justice
other goats or war

how I could bleat from the long grass
and always be true
Posted by gary barwin at 12:35 PM No comments:

I've been meaning to mention archive.org, a tremendous resource for music, talks, readings, etc. For example, the always mesmerizing, insightful, and very funny Morton Feldman. A wide-ranging interview, but especially about the natural of audience, hermeticism, and creative artists.

My son has been extolling the virtues of lectures by Ginsberg there. A fantastic insight into Ginsberg the teacher, the public speaker. There are recordings of his classes at the Naropa Institute, the Jack Kerouac School of Disembodied Poetics. There are also other lectures. For example, Ron Padgett.

George Saunders connects the nature of the coverage and the dialogue behind the Iraq War to the change in the US relationship to media during the O.J. Simpson trial:


My bird and I, on our backs on a hill outside of town, looking up. “Look,” he says, elbowing me with his wing. “Permanent clouds in a temporary sky.”

The town disappears. Then the hill. More sunsets than fingertips. The stars change positions. My old coat becomes moss. All around me—and my face—is stubble. We stay here but everything else moves on.

The ground rises to meet the waiting rain. A handshake. “What then?”
Posted by gary barwin at 8:42 AM No comments:

If you, like me, have some of those old ViewMasters at home -- you know those things that take circular disks with little image slides all around the perimeter, usually showing images of Disney films and other children's animations, then this is for you. Vladimir creates, amongst other things, ViewMaster disks of Kafka snd Calvino. Way cool, in my estimation.

I've just come across the Turkish poet Orhan Veli Kanik (1914-1950) through Jordan Davis' translations on Gabriel Gudding's blog. You can hear some of the poems as translated by Davis here. and read an entire book of them here from a book of translations by Murat Nemet-Nejat

Here are two translations of the poem "My Tree." The first is by Jordan Davis:

If you weren't the only tree around
I probably wouldn't be quite as devoted to you.
But if you could play with us
That would be excellent.

Tree!
I hope you don't conk out
Until after we move away from here.


in MY ORHAN VELI (Subpoetics Self-Publish or Perish, 2007)

The second is by Murat Nemet-Nejat:

In our neighborhood
If there were other trees
I would not love you so.
But if you knew
How to play hopscotch with me
I would love you much more.

My beautiful tree.
When you die
I hope we'll have moved
To another neighborhood.

There's a fantastic surprising simple quality to the poems by this poet. They are just slightly askew. Various ones remind me of Ron Padgett, David McFadden, or even some aspects of later W.S. Merwin. They have a light, wryly wise, sometimes melancholy wit and insight.

This one is a bit of Padgettry:


I was so stupid.
For years
I didn't understand
The place
Of mustard
In society;
``One can't
Live
Without mustard.''

Abidin was saying
The same thing
The other day
To those
Who understood
Deeper things.

I know it isn't necessary,
But may God deprive no one
Of mustard.

and I guess this one too--

I like the droll logic of this, and the unexpected ending:


This little (and early) poem about the Holocaust gains power through its simplicity and simple language.


You're right.
The death of 10,000 people in Warsaw
Isn't
Like a carnation
With
Red lips.

Finally, the last stanza of this poem is the kind of thing that makes me love this poet and want to read more. Its simplicity, surprise, wit and depth.


All I do is this;
I paint the sky every morning
While you are asleep.
You get up and see it's blue.

The sea is ripped occasionally.
You don't know who sews it back.
I do.

Now I have to finish making the buttons for the first ever Hamilton, Ontario Orhan Veli Kanik fan club. It's always a wonder to stumble onto to a new writer and a whole other tradition.
Posted by gary barwin at 4:06 PM 2 comments:

I don't need to know about the hills my grandfather
had no time for
description

he said
I’m too old

at my age
I just want to know
what happens
Posted by gary barwin at 11:33 PM No comments: