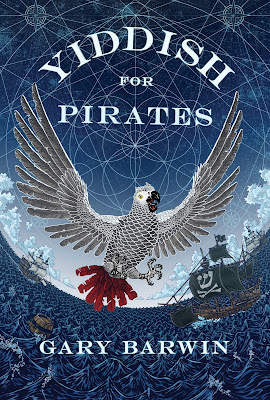 I'm delighted by the just released cover for my forthcoming novel (it'll be released in Canada in April.) The image was created by CM Butzer and the overall design by Five Seventeen in consultation with my amazing editor, Amanda Lewis at Random House Canada.

We worked to get the parrot right. He is a 500-year-old immortal gay Yiddish speaking pirate's parrot.
Posted by gary barwin at 12:10 PM No comments: Links to this post


I was delighted to be able to be part of The Hamilton Literary Awards which happened last night.

I want to say a few things about it. But first, one of a couple of great jokes that Jack David (of ECW Press) told me. He was there to support one of his authors who was nominated. Mrs. Shapiro phones the newspaper. She wants to submit an obit for her husband Abe. “What’s the cheapest rate?” “$25 ma’am—if you keep it short.” “OK,” Mrs. Shapiro says. “I want it should say: Shapiro died.” “Very good ma’am, but you actually get five words.” Mrs. Shapiro thought for a bit, then said. “Ok then, I want it should say: Shapiro died. Buick for sale.”

It was a lovely event organized by the Hamilton Arts Council, not only Stephen Near and Stephanie Vegh, but the volunteer members of the literary committee—local writers, booksellers, arts people, and publishers. And there was a shout-out to the LitLive Reading Series, also. I was struck how extraordinary the event was. Hamilton is both a big city (over 500,000 people) but also a small town. It was a bit of a love-in for the city. I’m ok with that, though.

Almost all of the local independent bookstores and their owners in the city (four of them) were there. Two sponsored and presented awards, and like all of the award presenters, read excerpts from the winning books. One of the presenters was a local real estate broker and perennial arts supporter who sponsored the poetry category which I won for Moon Baboon Canoe (Mansfield Press)—Judy Marsales—and who was brave enough to read my tongue-twister of a poem (“Eclogging”) with enthusiasm. Fantastic to have business people be arts supporters and recognize the importance of these non-marquee arts categories.

And how great to have the independent bookstores as part of this (Krista Foss and John Terpstra who won the awards for fiction and non-fiction, respectively) both mentioned the importance of these stores for writers. Booksellers who are knowledgeable, supportive, and enthusiastic about book sand their specificity as individual, independent works rather than just sellable widgets.  And the Hamilton Spectator, our local newspaper, was a sponsor of one award (The Kerry J. Schooley Award for a book that evoked Hamilton—which Chris Laing won) and gave excellent media coverage. A story and the winners’ mugs were on the front page of the entertainment section.

The judges wrote citations not only for the winners but for each nominee. These citations were remarkably thoughtful and extremely well said.

Here’s a list of the nominees. Lots of great books and writers here, too.

I do want to thank everyone who was involved. A really warm, celebratory night, one that, though there were winners, I think did still manage to celebrate everyone in involved in literature in the city.

The Beginning of Something: On starting a new novel (revised!) 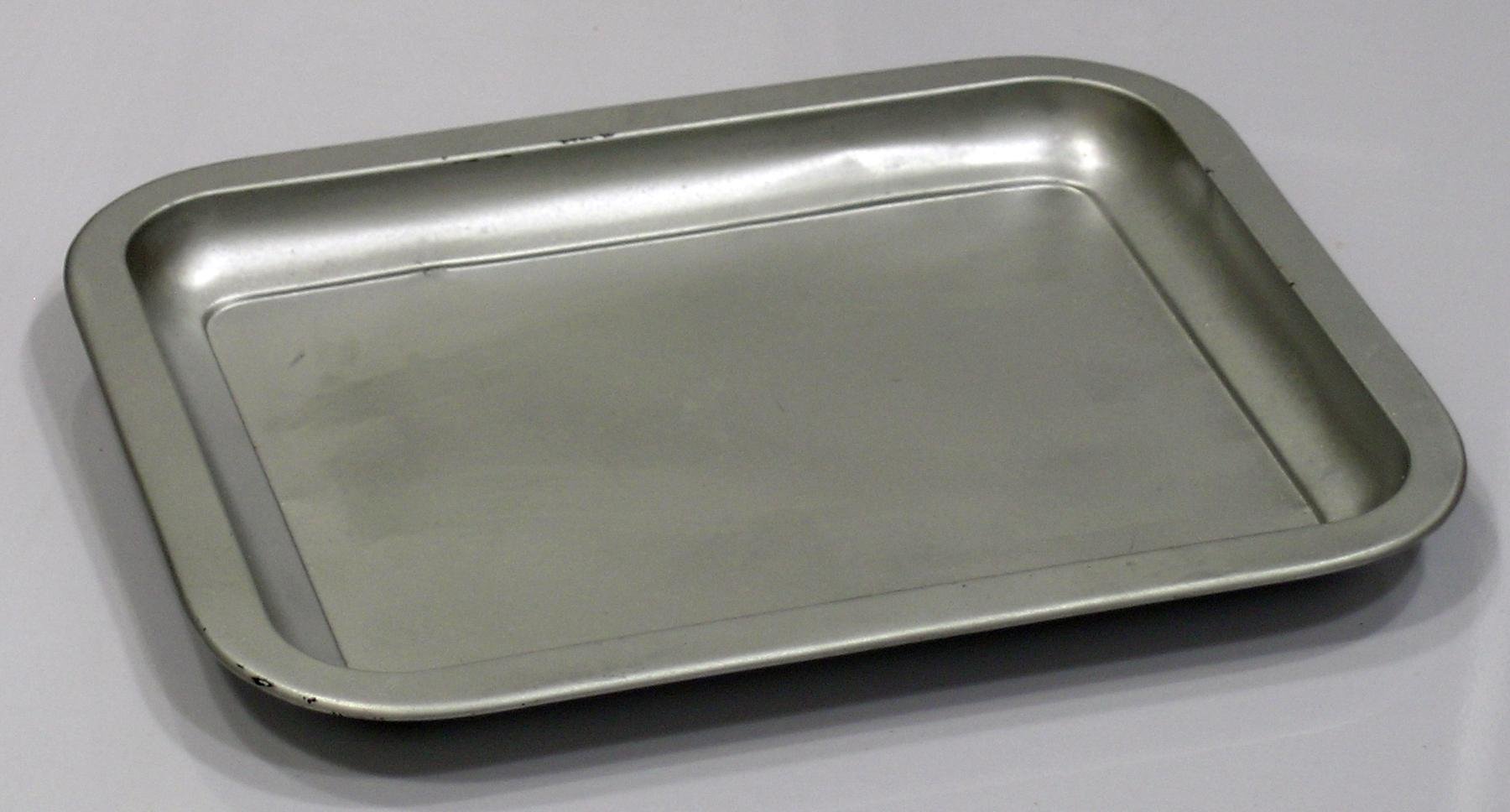 The Beginning of Something.

My fist loomed over his mutt-wrinkled face. “I used to have a problem with violence,” I hissed. “But now I only hurt people when I’m angry with them. And let me say I am butt-boil-in-damnation-sauce angry with you, my friend.”

But he was out cold. He’d snorked off again. One of his chin-down gurgling gullet jags. It’s a seventh marvel the walls didn’t collapse with the sound and carry us Moses-away down the river of drool without even a single syphilitic paddle to beat the surf. Or the crabs.
There was nothing for it but to push till he spluttered up and burbled “What’s was going on?” That’s rich. As if he knew anything these days. He could be the love-doll of a randy bull elephant and still not notice till he’d birthed twin hedgehogs from his nethers.

“Remember what you did?” I bawled into his hair-spider earhole. “Wake up. Remember what you did?” His thin wet lips were drab oysters and bubbles of spit inflated and burst as he wheezed.
“It was terrible things. Terrible things that can’t be forgiven.” I shoved again but he didn’t wake, only made a little moan. “What’s in the land of damn Nod that you won’t leave—horse-glue and frog-copulation with a great morphine-filled flagon?”

I’d wait to fist his grizzly mug with my knuckles. How else would he appreciate the finesse, the dexterity of the fingers unless awake and aware of the blessed day? I could have slammed him with one furled paw as an aperitif, just to stir him so he’s in the right state of mind. Then followed with the other, not hors d’oeuvres but the gristly main course for the delectation of his jaw, but instead there’s this steel tray beside his bed just juddering with good edibles. Come to me, brown pudding, white sandwiches, lukewarm polystyrene cup coffee and little packages of sweetener. Ah. The sweet lady-carried ambrosia brought to our rooms. Mine for the taking while he dreams his old man dreams. Pestilent.

Out the window, the bottomless black dregs of space. Star-pocked and pointless.
A grim joke. When will it end? It doesn’t.
Are we there yet? We already are. We’re soaking in it.

They’ve sent us from earth toward nowhere. The new sentence. Not “you will be hanged by the neck until dead," but “here’s a one-way ticket into space where we’ll make certain you live forever and stew in your regrets like a baby in a neverchanged diaper.”

And ixnay on opening the airlock and leaping into empty space. Hard to maintain your memory when you’ve stopped breathing.

But it’s not all piteous crony woe and sorrowful lamentation. I believe I mentioned brown pudding, white sandwiches, lukewarm polystyrene coffee and little packages of sweetener. Ah, the olfactory, gustatory pleasures of the simple things. The complex pas de deux of real and imagined flavours. What’s brown is brown and what’s brown might be chocolate if one’s tongue can imagine like a Michelangelo or what’s the long-tongued Kiss-rocker, Gene Simmons?

And I never mentioned boiled chicken. Ask me I’ll tell you: boiled chicken is the human condition for we’re all plucked and boiled tasteless. Perhaps gummed by the ancients in the afterlife with their simpering smiles and Olympian saliva. But in my mouth, boiled chicken is the mash of paradise. Bright farmyard mornings and strolls down the mainstreet dappled in youth itself, the pale flesh vivid and rosy like my sallow guts once were.

Feck. I was to be wheeled back to my room by the great machine-frau Betsy herself.  And before I had the opportunity to explain how the two of us planned our escape from here. Glorious, I say. The two of us dressed like black and white venetian blinds in a little spaceship and heading to Mars with a great barrel of hooch. Just a man and his pretty mouthed wife in the endlessness of space.

I've only ever written one adult novel—that's Yiddish for Pirates due out in April.  I'm very excited about that but I admit I'm now feeling a lot of (self-administered) pressure to write another one. And another one that is the same but different.

And, forgetting on some level, that that novel took me over four years to write, tossing and turning, wrestling and stressing about how to write it: what it would be about, how to proceed, how to keep going, how to organize it, etc. I have the idea that this current novel should come easily. As if I could just begin at the top left hand corner and keep going until the final bottom right where it ends. I keep trying to remind myself how little I knew when I began the first novel. How I had a bunch of very lame ideas for the title. How a whole manner of the narrator's way of speaking had to be excised. How I struggled with plot. I'm even currently teaching a novel-writing course. I'm trying to listen to my own advice.

I've been sweating it out trying to think of new ideas. I had several but something made me resist them. I did some research. Listlessly. Half-heartedly.

Suffice it to say that the new novel will start not with a bang but with a whimper. Or a whisper. Or maybe a whippet.

But this weekend I had a terrible flu. I was hallucinating. I had some notion of an old cantankerous man who might speak a great line that one of my wife's clients had said to her and so I wrote the few paragraphs that appear above. Is this the start of something? Certainly. Is it the start of the new novel? Who knows. I used to have a problem with novels. Now I only have a problem with them when I'm trying to write one.
Posted by gary barwin at 11:12 PM No comments: Links to this post