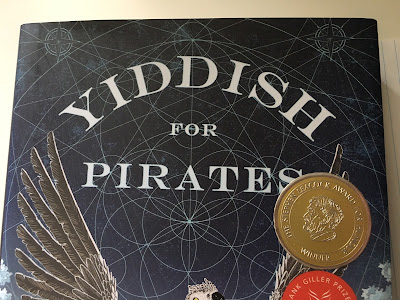 I was so delighted that Yiddish for Pirates won the Stephen Leacock Medal for Humour. I was shortlisted with Amy Jones and Drew Hayden Taylor, both fantastic writers, and it was really fun (maybe, in retrospect, more for me than for them...) to get to spend the weekend with them. We were driven around in a 1911 Model T Ford so we could wave at the good people of Orillia, Ontario. We were treated extremely well and the entire event had a lovely small town feel. Many former Leacock winners were present -- all extraordinarily warm people. We toured the Leacock House, saw the Leacock collection at the beautiful new local library, went to a garden party and had the gala by the lake at the YMCA camp/conference centre. 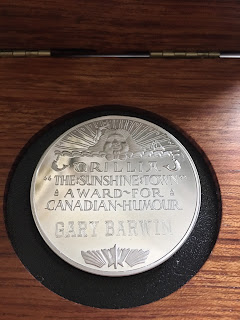 As part of winning the Leacock Medal, I was asked to give a 15-minute speech and so, in addition to thanking people, I said some things about humour and made a bunch of terrible jokes. I called the speech, Sunshine Kvetches of a Little Parrot (borrowing the title from a quip made by my friend Stuart Ross.)

The Leacock Associates posted the speech here. Next week, I'm going into Penguin Random House to record it as it will be a "bonus feature" for the Canadian version of the audiobook that they are doing, so it'll be really fun to get to record something on the audiobook. I'm very glad about the actor that they chose (I got to be in on the decision, too) and more details about that later, but part of me wanted to get to record the audiobook as I've had such a great time hamming it up in readings. 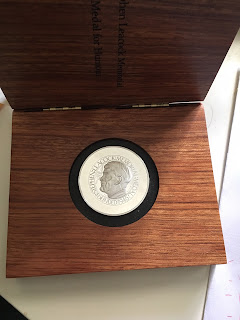