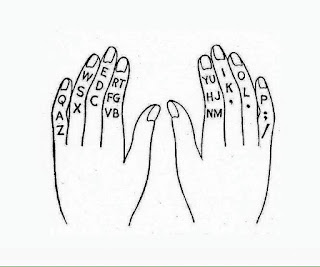 I've been neglecting this blog, but only because I've found myself busy with other good things. I have managed to post something-or-other on my tumblr every several days, keeping my toe in the door of the Internet. Y'know. In case it closes. And Facebook. I'm "Moribund Facekvetch" there. Shh. It's secret.

Here are some recent/upcoming events/performances that I'm involved in. (There are actually other people involved in these things. I'll add their names as I get organized. I appreciate performing with them/their organizational efforts.)

September 5 Microtalks: Play. A short performance talk about the idea of play. With a digitally processed typewriter.

September 12 Not Psychic: I’m appearing as a non-psychic in Tor Lukasik-Foss’s “Not Psychic” installation at Hamilton's Supercrawl.

September 11-13 Hamilton Arts Council "Listening Post." My recorded performance of my poem Eclogging was featured along with four other Hamilton writers at Supercrawl. Follow the link to hear.

September 20 Jewish Voice of Hamilton. Talk at opening of the exhibit about Hamilton’s historical Yiddish newspaper. I was very happy to write the text for the exhibit panels also.

October 16 Rampike Magazine Launch, Windsor, Ontario. My work is on the cover  and I’ll be reading.

Servants of Dust (complete.) A book based on all of the Shakespeare Sonnets is recently available from GaussPDF.

Also: I was very pleased to be able to blurb a few recent books:

Thanks for your great information, the contents are quiet interesting.Keep updating more information from your blog.I will be waiting for your next post...
Psychic Reading in Canada | Best Astrologer in Canada