Become Coincident: For David W. McFadden on his 70th birthday 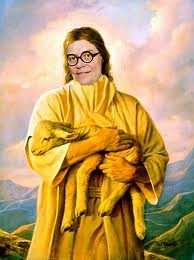 Recently, Stuart Ross and Jim Smith published a festschrift for David W. McFadden's 70th birthday ("A Trip Around McFadden") to present to him at a surprise festschrift-presentation event/party which included many of his friends and family. I thought the whole thing was a totally lovely and marvellous thing to do and I was disappointed that I wasn't able to attend, but delighted to contribute a poem for David that I begin in 1991. The festschrift was printed beautifully by Coach House and includes many great reminiscences, poems, photographs, and prose for and about David.

I wrote the following piece about David which I'm happy to share here.

David McFadden is always thinking about moving back to Hamilton. At least, that what he tells me when I see him. I’m beginning to think that there should be a long complicated compound German word for this. Something like McFaddengedankenheimgehenhamiltongemütlichweltanschauungkeit (which means, in rough translation, the state of being David McFadden-thinking-about-returning-home-to-cosy-Hamilton.) There should be also some words in there that refer to curiosity, nostalgia, irony, humour, bemusement, realism, and a kind of steady alertness to the possibility of things.

Perhaps David tells me he might return because my family and I have lived in Hamilton for over twenty years. Or it might be that his daughter, who lived near me, but who I never met, thought that I might have a muskrat in my beard. Or a muskrat for a beard. Either, way, this was supposed to be a good thing.

But we have shared some ‘Hammerpatico’ about being a writer/resident/family guy in Hamilton, Ontario which I always think of as ‘home of David McFadden,’ though they somehow left that fact off the sign on the 403. Maybe when he returns, they’ll change the street sign outside the Y that says ‘Franz Liszt’ and rename the street after Dave. Cul de Sac of Endless Radiance. Why are You So Long and Sweet Road, Park of Darkness. From here on in all road surfaces will be known as the Davement. Maybe they’ll just create a statue of him in dried plums and put it on Anonymity Street.

But really, I don’t think that they should name a physical thing after him. They should name a certain kind of bemused happy/sad wonder after him. A quirky curiosity. Kids in Hamilton will be graded on this on their report cards. You got an B- in McFadden? You could do better. "Get on the bus and find out about people’s past lives. Take a trip around something. Plug your legs into the ground and become electrical. Become coincident. Now, and I mean it."

When my first book was launched in Toronto, I remember how thrilled I was that Dave attended. It was like discovering a note acknowledging me in Kerouac’s diary. For a later book, Dave wrote a brilliantly witty, ironic blurb for me: “Another breath of fresh air from Hamilton, Ontario.” The first breath, obviously, is David McFadden himself and I was delighted to be mentioned in the same breath as Dave, to be included as part of the same urban yet refreshing poetic gasp. Dave has been a source of inspiration for me – ever since I discovered his work in my teens. And he has continued to be a breath of fresh air for me, here, in Hamilton, Ontario ever since.

I think that wherever he actually is, David will always been in a state of moving to Hamilton. It’s a kind of metaphor about possibility, about discovering old stories with surprise middles, and new memories with unexpected wisdom. How it is all about perception and engagement, Memory and invention. About living. About how you don’t need to go home to go home. And you don’t need to travel to travel.

David, my family and I wish you much happiness and McFaddengedankenheimgehenhamiltongemütlichweltanschauungkeit on your 70th birthday. It is a great occasion to celebrate.
Email Post
Labels: coach house David W. McFadden Jim Smith Stuart Ross