The three sad eyes of the ellipses... 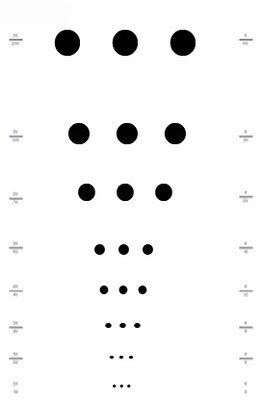 The three sad eyes of the ellipses. Something is lost...Three islands. Small songs in a sea that prefers to forget the land...The mouth opens and begins to speak; there is nothing that can be said...One world followed by another and then another. Tiny black specks at the end of the galaxy...A three frame animation where nothing appears to happen, though perhaps down on the minuscule surface, there are different kinds of silences, memories, things forgotten or left. The trailing off, the continuing on...Small black stones in the river of speech...Three tunnels waiting for the three trains of past, present, and somewhere in between...Dots lost and drifting from i’s, j’s, or umlauts, floating between words in the cloudbound grammar above the teleological cities of the sentence...Notes from a song with neither pitch nor rhythm. The dark matter music between things...Three brother molecules in a subatomic folktale, though it is unclear which is the youngest, most foolish, most likely to wed the princess...An echo of the full stop at the end of the sentence. Things end, but their ripples mark the page with their tiny fingerprints. Here I am, though what I was is forgotten, disappeared, or unclear. I grip the cliff of the page, holding on until you get here ready to imagine what I might have been.
Posted by gary barwin at 10:20 PM

Thank you, Gary! You posted this, I kid you not, at the very hour that I felt recovered from a bout of food poisoning that held me 48 hours in bed. "The trailing off, the continuing on," indeed!

And now, though the light is the colour of whiskey, I've no longer a whiskeyeye, and so I've corrected the spelling!

* the cloudbound grammar above the teleological cities of the sentence

* notes from a song with neither pitch nor rhythm

Thank you for sharing your alphachemical gold...

Thanks, Mike. I appreciate it.

It's delightful to imagine someone reading one of my texts out loud.